The Chinese smartphone manufacturer, ZTE is now the fourth largest OEM in the country. The company has offered several hits in the past months and is all set to expand its presence with the launch of the Zmax 2 which is apparently a successor to the last year launched ZTE Zmax. The handset bears a price tag of $149.99 which will come around Rs.9,900 approximately. Nothing has been confirmed on the availability of the device in regions outside US. It is worth noting that ZTE was a company with absolutely a less popular history and success in the global market but against all odds the company rose to one among the top selling handset manufacturer. The ZTE Axon did take the company to the top-tiers of the market with its high-end specs. Lets see whether the Zmax 2 will also be able to do the same.

The ZTE Zmax 2 features a 5.5 inch HD display with a screen resolution of 720x1280 pixels which is comparatively smaller than the 5.7 inch display of its predecessor Zmax. The handset will be powered by a Snapdragon 400 SoC clocked at 1.2GHz paired with 2GB of RAM space. The 16 GB of internal storage can be further expanded to a 32 GB via a micro SD card. The Android 5.1 Lollipop based device will be supporting 4G LTE/ 3G HSPA+, Bluetooth 4.0, WiFi 802.11 b/g/n, GPS as its connectivity options. 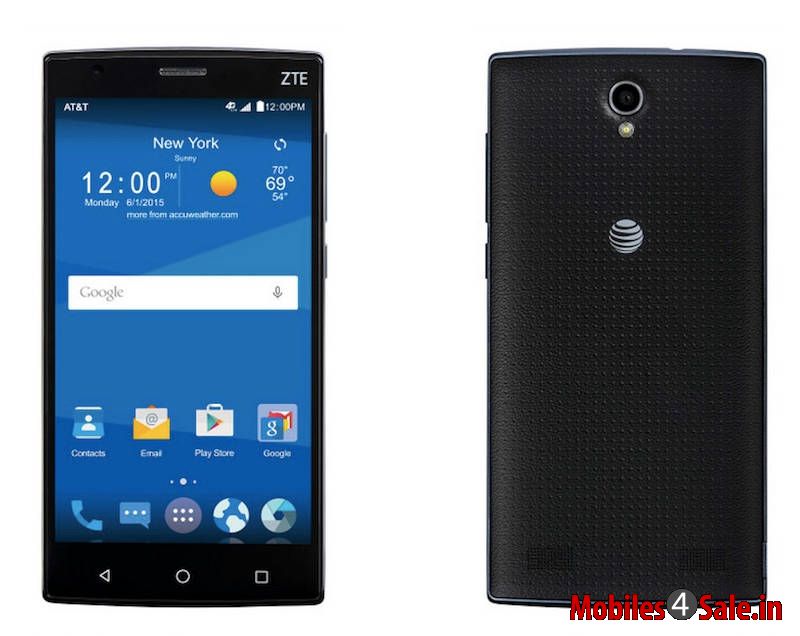 On the camera front the ZTE Zmax 2 sports an 8 MP rear camera with LED flash and a 2 MP front snapper. A 3,000mAH battery provides power to the device.

When compared to its prdecessor, the Zmax 2 looks like a combination of an upgrade as well as a downsize. The processor has gone through an upgrade as it features a Snapdragon 410 instead of 400. However the display screen has gone smaller from 5.7 inches to 5.5 inches but has fortunately maintained the same screen resolution. The storage capacity has been unaltered. The 8MP rear sensor is still the same. Its the front snapper that has got an upgrade from 1.6 MP to 2.0 pixels. Battery is now 3,000mAh, which seems like a downgrade compared to the previous 3,400mAh.

The handset is based on the latest Android 5.1, which should at least help extend the battery life and improve its performance. Audio boasts of a Dolby Digital Plus technology. And, of course, there's 4G LTE connectivity, which is certainly a plus for a budget device.
Written by Jessica J John.
Last updated on 24-09-2015. Published on 24-09-2015.