The smartphone is available to buy via the company's store in the country.

Oppo mobile has launched yet another budget 4G smartphone in its home market, China. The smartphone that is now on sale on Oppo’s official website, and is priced approximately ₹16,000 which is pretty high considering the features that the smartphone offers and even what the competition has on offer. The company so far has not revealed plans to launch the Oppo A33 smartphone outside China but we can expect the smartphone to launch in other markets including India soon. At this price point, the Oppo A33 can compete with Motorola Moto G Gen 3 and Xiaomi Mi 4i.

The Oppo A33 runs on Android 5.1 Lollipop with the ColorOS 2.1 skin on top. It features a 5-inch (540x960 pixels) TFT display with a pixel density of 220ppi. The new Oppo smartphone is powered by a 1.2GHz quad-core Qualcomm Snapdragon 410 SoC coupled with 2GB of RAM. It supports dual-SIM cards with one Micro-SIM and one Nano-SIM card. 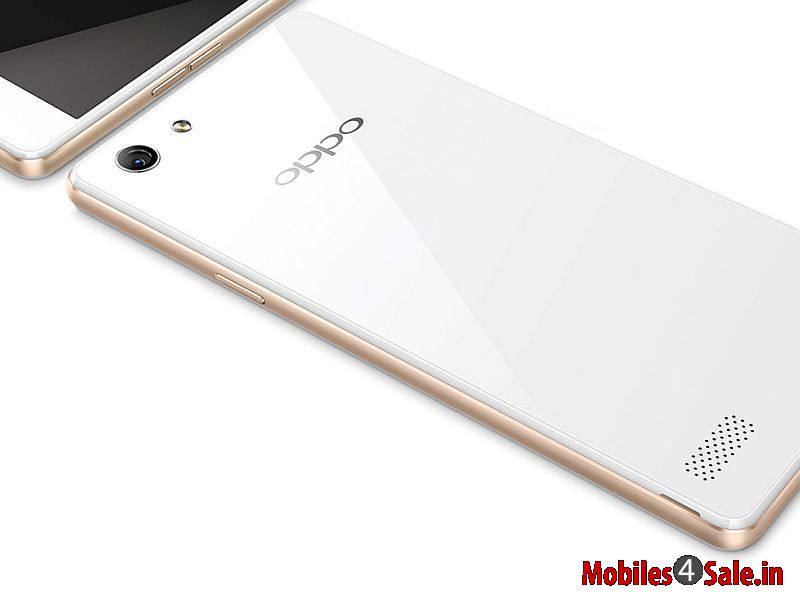 The Oppo A33 is powered by a 64-bit Qualcomm Snapdragon 410 chipset with a quad-core Cortex-A53 CPU clocking in at 1.2GHz. It packs 2GB RAM and built-in internal storage capacity of 16GB. The latter can be further expanded via microSD of up to 128GB. Moreover, the Color OS has a built-in Automatic Cleaner that optimizes phone performance with just one tap. The Quick Shake feature, on the other hand, performs various different home screen functions such as automatically sorting icons on the screen.

Sporting an 8-megapixel rear autofocus camera, the Oppo A33 also sports a 5-megapixel front-facing camera. It bears 16GB of built-in storage that is expandable via microSD card (up to 128GB). Connectivity options include 3G (HSPA+), 4G LTE, Wi-Fi 802.11 b/g/n, Bluetooth 4.0, Micro-USB 2.0, GPS/ A-GPS, and a 3.5mm audio jack. The China listing of the Oppo A33 confirms that the handset supports Indian LTE bands.

Measuring 142.7x71.7x7.5mm, the A33 smartphone weighs 146 grams. It is backed by a 2400mAh battery that is rated to deliver up to 250 hours of standby time and up to 8 hours of talk-time. It bears an accelerometer, ambient light sensor, and proximity sensor. As mentioned above, Oppo has not announced any plans to launch the smartphone in the Indian market, but considering that past handsets have made it here, it won’t be long until it officially arrives in India.
Written by Deryl Cherian.
Last updated on 24-11-2015. Published on 24-11-2015.