There is no doubt that it is not a good time for BlackBerry. First we heard that BlackBerry has put a For Sale board in front of it . Then we heard that BlackBerry is firing 4,500 employees. Then we heard BBM is will be available for other OS too. After the announcement of the Z30, BlackBerry halted its BBM sharing programme. For the past few days, BBM is available for both iOS and Android. Now, the company has released the Z0 smartphone too. Tough Z10 was a pretty good smartphone, it could not gain much attention in the market. What would be the case with the Z30? Let's see.


This time, BlackBerry dared to step in to the phablet world. Making the display in to a 5 inch, the Z30 belong to the phablet category. But there isn't any stunning USP or spectacular specs as far as the Z30 is concerned. Ne thing is sure that BlackBerry has not meant the Z30 to e its saviour. Else, this would not have been the spec list they would be presenting. This device can be considered rather as an experiment. Let's check out what all the Z30 has got for us. 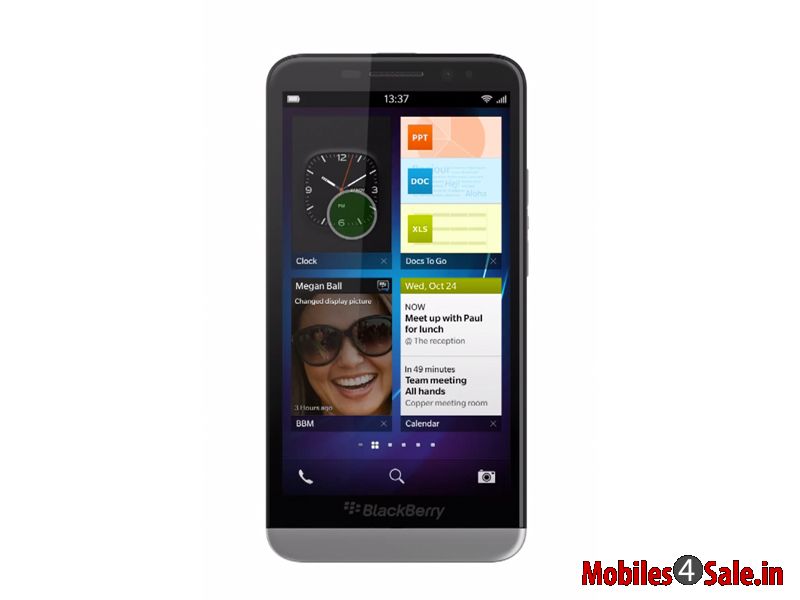 In its design, the Z30 smartphone has some changes from the Z10 smartphone. First one is the obvious one, the display size. With a 5 inch display, Z230 is the first phablet from the family. The Z30 is slightly thicker and a bit heavier than the Z30, due to its increased size and battery. You can see the microHDMI and microUSB ports on the left side on the phone, and the volume rocker, voice command and two microphones rest at the right side of the smartphone. 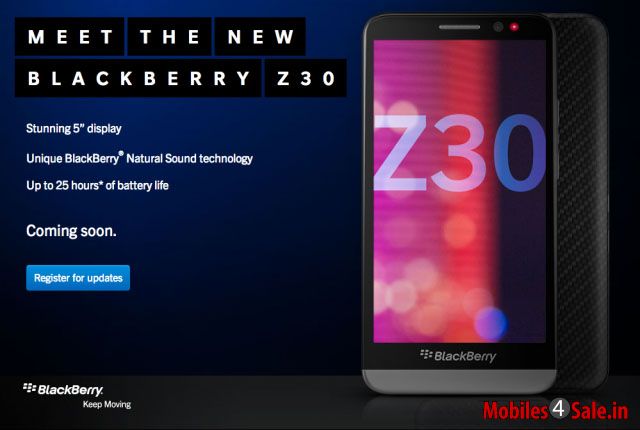 The device has a total 4 number of microphones, which is intended to clear all the noises and provide a better voice clarity. this will be an added advantage as the BBM video calling feature will be enhanced with this superb audio clarity. but the positioning of the power/lock key is a bit odd. It is positioned right at the top of the device, which is not that easy to access.

Moving back to the rear side, it is all grippy and easier to hold. The back cover is removable and the SIM and SD card slots are right under it. The device packs a Paratek antenna for better signal reception. We feel it a bit odd. The era of antennas are far gone!

BlackBerry deserves some credits here. The 5 inch display looks all good and displays clear enough with natural colours. The Super AMOLED display is a battery saver too. Though there is not a whooping ppi, the display of the Z30 is pretty good and it serves good viewing angles too. On the con side, we can see some greenish tinge at some angles. The company should have taken care of this, as this is one of the major complaints from the Z10 users too. 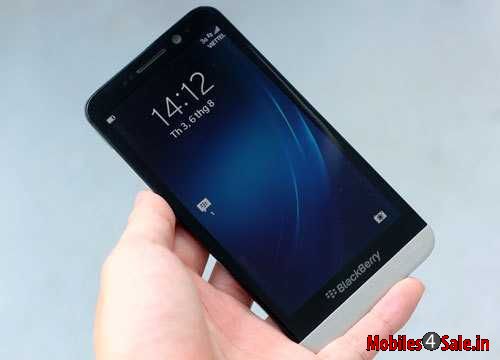 The Z30 is the first smartphone from BlackBerry with BB10.2 OS. The new OS comes with new improvements. The new feature allows the user to read messages through the locked screen. The priority Hub earns the priorities of the user and adjusts itself, adapting to it. Thus the user will be getting all the most used apps and messages handy.

The user will be able to see the last four received emails and Tweets. All he has to do is just push the corresponding button. It is really handy. You can find some ported Android apps in the BlackBerry App World. But there are too many third party apps too, which is enough to took away the patience from you. On the positive side, the BB 10.2 found to be compatible with Jelly Bean compatible apps. 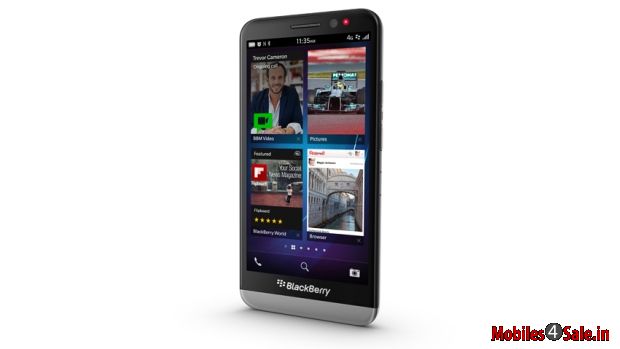 Multi tasking is carried with ease, which is a plus point. But we will advice you not to experiment with more than 8-9 apps, for the device will get stuck. First hand reviews report that some input bugs are there. For example on the way back from Camera app or multiple window closing, the screen becomes frozen for some seconds. Though it is not for that long, it s enough to make us bring out finger near to the power button for a restart. Though it is common for a device to have certain glitches, we fear it is a far beyond bug. We hope that the company will take enough measures to clear it. 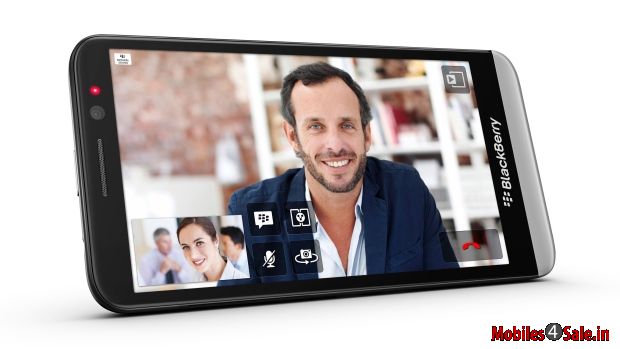 There is an 8 MP rear camera and a 2 MP front camera attached with the BlackBerry Z30 smartphone. It captures pretty good pictures in a bright day. But when it comes to low light pictures, the scenario changes and the device might disappoint you. And it seems that you will have to forget entirely about night time shooting. 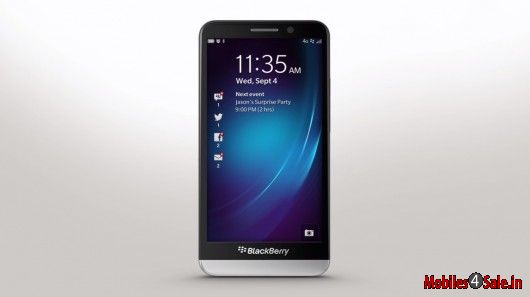 With a Li-Ion 2880 mAh batter, the company claims a 25 hours of battery life with moderate usage for the Z30 smartphone. It is a good thing if the phone can stand that much time. In our test, the battery charge longed only up to 10 hours, but we had the Wi- Fi on all the times and had done some experiments with the camera and video for a good time. It seemed to us that the battery capacity of the device is pretty good.

BlackBerry Z30 is a mix of pros and cons. There are good things that favours the smartphone like the display, updated OS, stylish look etc. but the poor camera quality (especially with low light) and troubling bugs fades the charm off. It is a good initiative from the company to try a phablet model smartphone with 5 inch display. Taking in to consideration the hurdles the company is going through right now, we should appreciate their effort, but believe us, Z30 is not the device that is going to save BlackBerry from the troubles.

BlackBerry Z30 is the best BlackBerry device so far. So, if you are an ardent BB fan, its your call! But if you are a spec conscious buyer, better check other options too. At this price tag, (Rs. 39,990/-) we will not ask you take risk by buying this smartphone. Sorry BlackBerry! 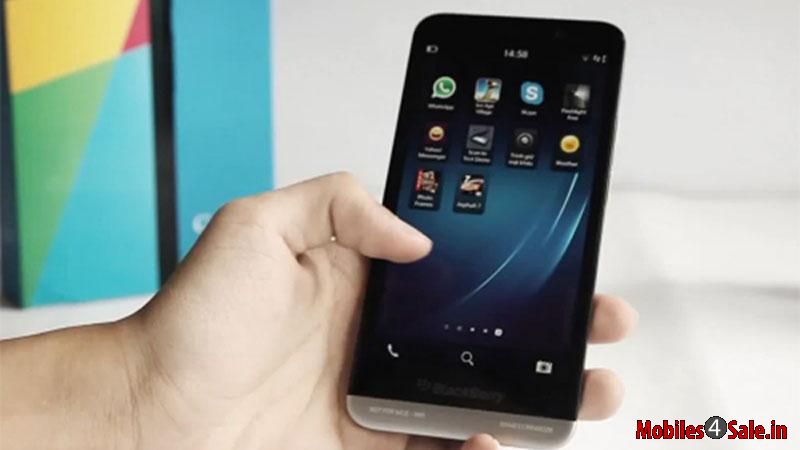