One more to the flagship line-up.

Micromax and Karbonn are doing the best smartphone deal in the country. They sell smartphones more than Samsung and Apple do combined. Micromax has already fixed its position as one of the best reputed players in the smartphone marketing. So it's the turn of Karbonn to get placed at a good spot. The firm is very up to date and launching gadgets in all ranges in regular interval of times. The Titanium X is the latest stuff launched by the firm to challenge all the flagship devices of the smartphone manufacturers. Let's checkout how big is the new deal of Karbonn.

Design
Karbonn is yet to come up with a world class design. It never looks tempting. Nothing comes proportional here. The design of a smartphone is the prime element to attract one to own it. The Titanium X is nothing but a below average gadget in appearance. Karbonn had done a better design with the Titanium S, although it was inspired from Samsung Galaxy S3. But, the new design completely fails to attract those who want an extremely rich looking high-end device. On the other hand, the quality of the device is yet to be reviewed. 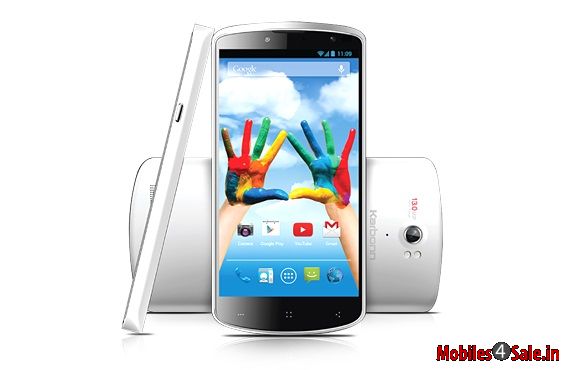 Display
The Titnaium X comes with a bigger 5-inch IPS display with a resolution of 1080 x 1920 pixels, which is certainly impressive and stands firm in the flagship line-up among with other bigger brands. However, the firm hasn't revealed the pixel per density and other features of the touchscreen. Let's hope that there will be a bunch.

Processor and Performance
A 1.5 GHz quad-core processor is what powers the Titanium X, although it's not outstanding it's pretty decent to hold on the device in the flagship category. With this CPU, you can play high-end games, have fast internet browsing and all other surfing and smartphoning without any lag. Further, a 1 GB RAM speeds up things even faster. Still, it would have been better if it had 2 GB RAM.

Operating System
No suprises! It's the same Android v4.2 Jelly Bean powers the device. It's unfortunate for those who all love the all new Android 4.4 KitKat. And who is there without loving the KitKat? Of course, none. So if you are patient enough until Karbonn announces the update to KitKat, you will be fine with it. 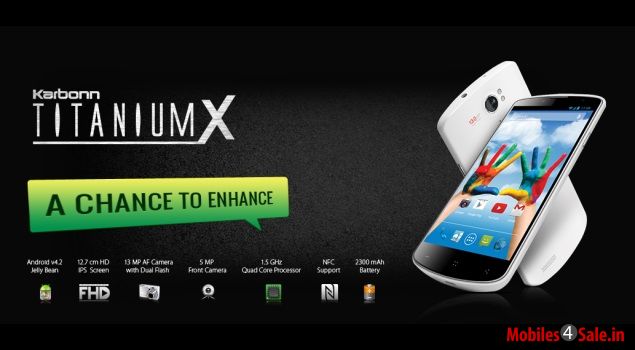 Sorage
The Titanium offers a massive storage. That is the gadget has 32 GB internal memory and an external memory card support, which can input even up to a microSD card of 64 GB in the slot. This means a lot. You can store a lot. None of the challengers comes even closer.

Camera
A 13 MP rear cam with Dual-LED Flash helps you to get better snaps. With such dual LED flash on board, you can click even in nights. Meanwhile, you have 5 MP in front to make the best in class vide calling.

Battery Backup
Will a 2300 mAh standard Li-on battery be enough to hold all the way we need? Yep! I do think so. Still, the standby, talktime, music play and internet browsing duration are uncertain.

Price
Karbonn is yet to announce the price of the device. According to few reports, the Titanium will be priced around Rs. 18,000 in order to challenge the Canvas Turbo. Still, I don't think that it will be challenge for a reliable device such as the Canvas Turbo, which is priced Rs. 19,990. It would be great, if it gets priced something around Rs. 16K. 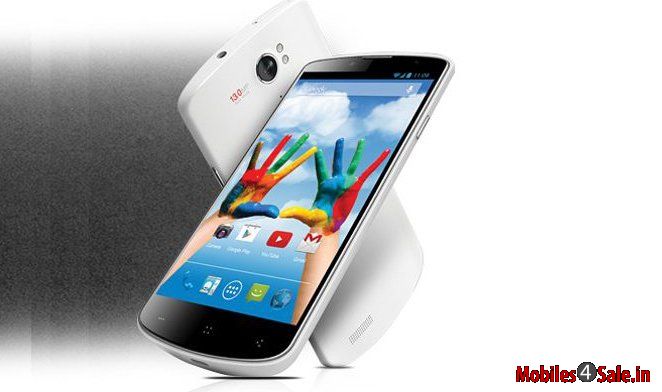 Verdict
The all new Titanium X from Karbonn is nothing refreshing, but one of the followers of already hit smartphones in the market. So I don't think that this device can change things for Karbonn in the market. For that the firm is yet to implement very innovative and attractive things.