Intex Cloud X4 is an Android Smart Phone which runs on Android OS, v4.2 (Jelly Bean) and offers the most dynamic platform for seamless apps, smoothest screen-to-screen transitions. Intex Cloud X4 features Dual core 1.2 GHz processor and delivers a seamless graphics performance. It has a 3.5 inches (320 x 480 pixels) display and it is powered by its 1500 mAh Li-Ion Battery. Intex Cloud X4 has a 3.2 MP primary camera and a secondary 0.3 MP camera for video-calls. In terms of storage it has 512 MB ROM, 256 MB RAM and storage is expandable via microSD, up to 32 GB. The connectivity options such as GPRS, 3G, Wi-Fi and Bluetooth as well as microUSB connectivity. 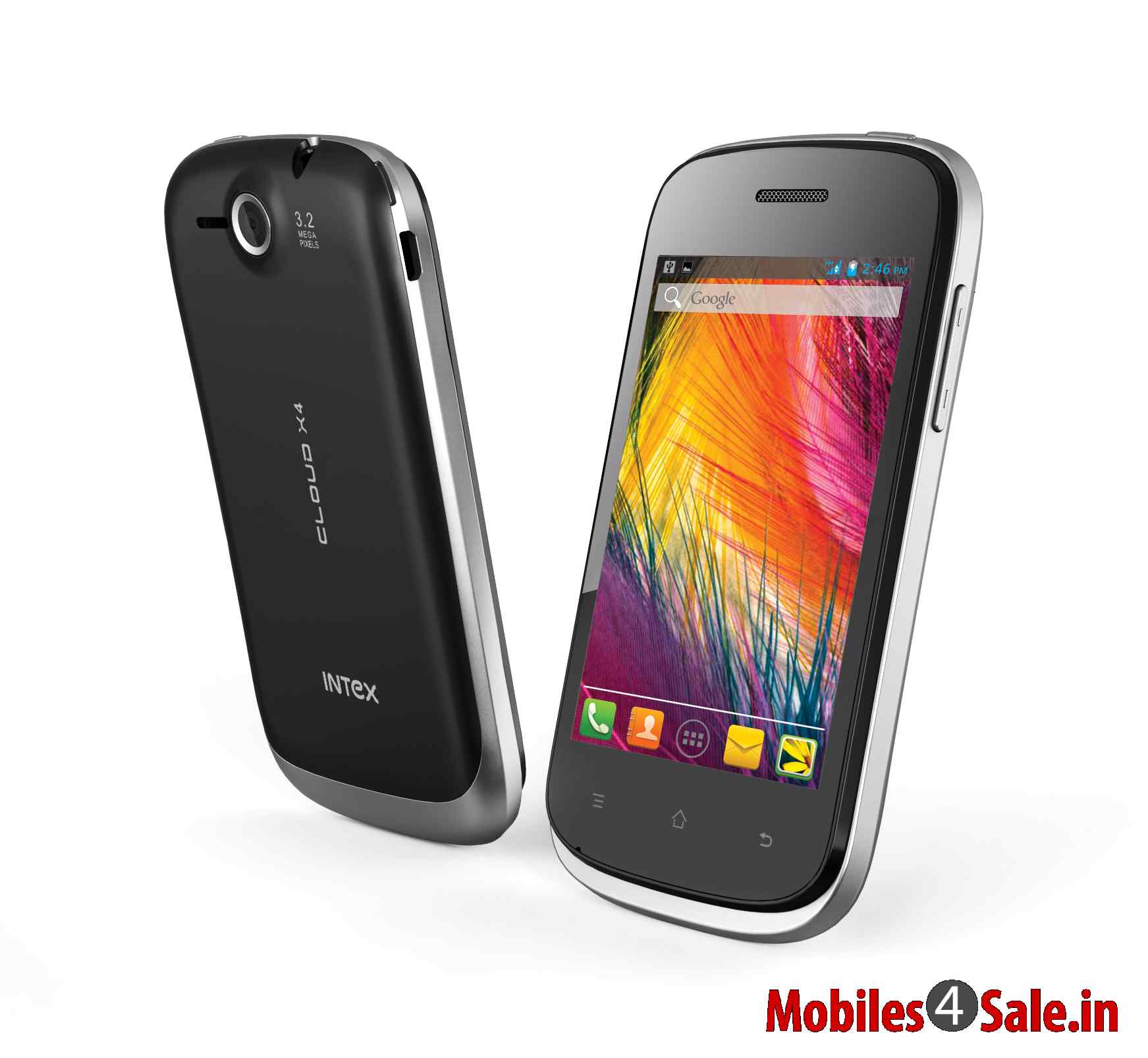