Samsung Galaxy S8 is smartphone which runs on Android operating system and is powered by a Qualcomm Snapdragon 830 processor clubbed with 6 GB RAM. It packs a Dual 12 MP sensor with dual LED flash on the rear panel and an 8 MP sensor on the front. It comes with 64/128 GB built-in storage which can be expanded up to 256 GB. The device gets its power from a Li-Ion battery. 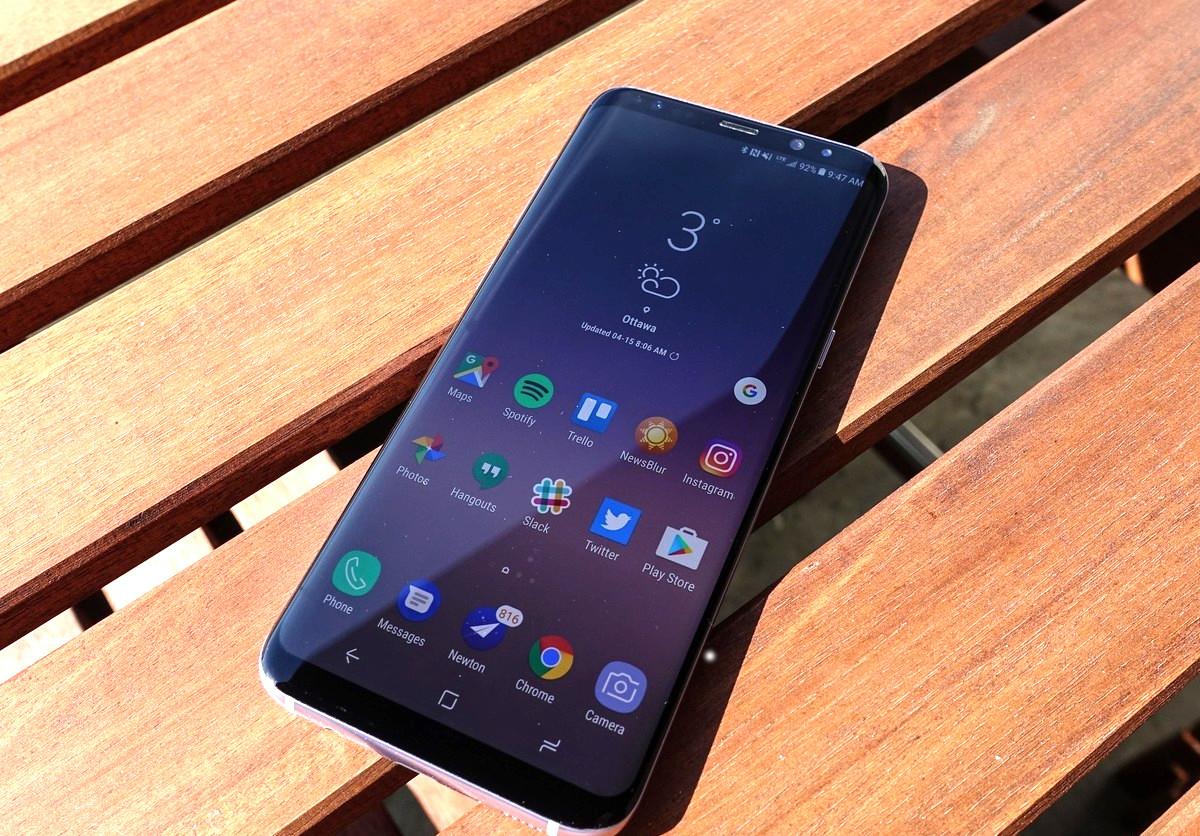 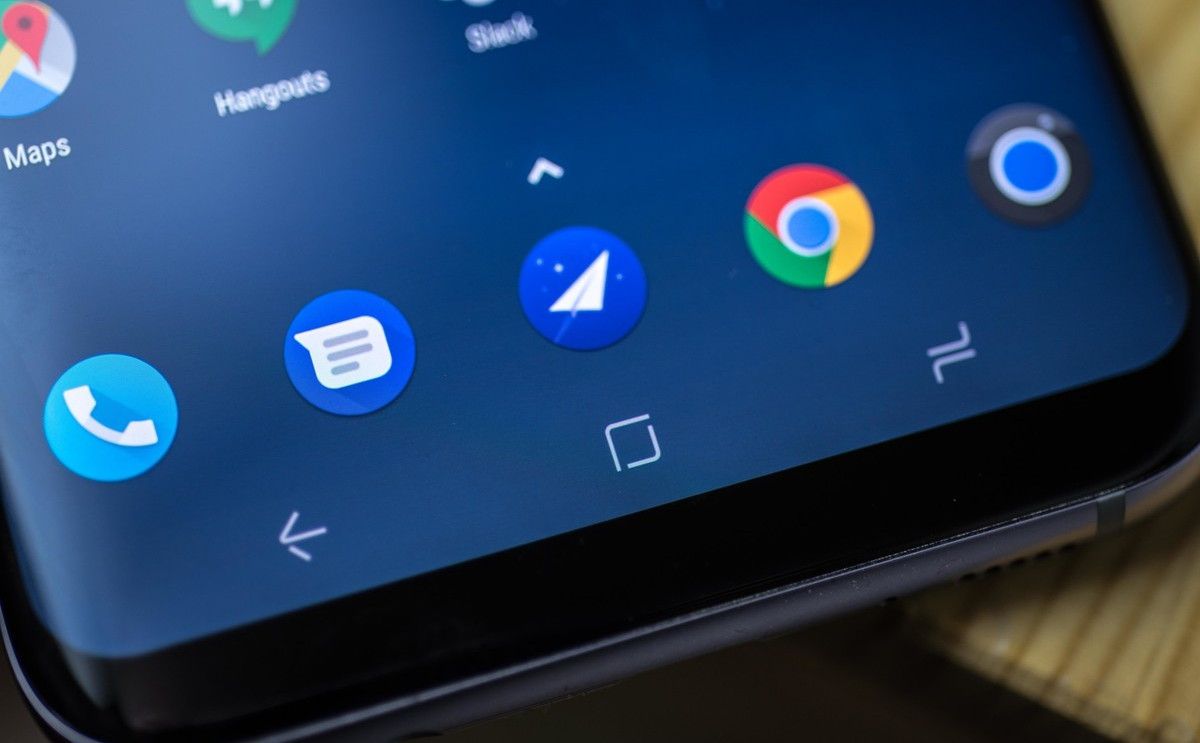 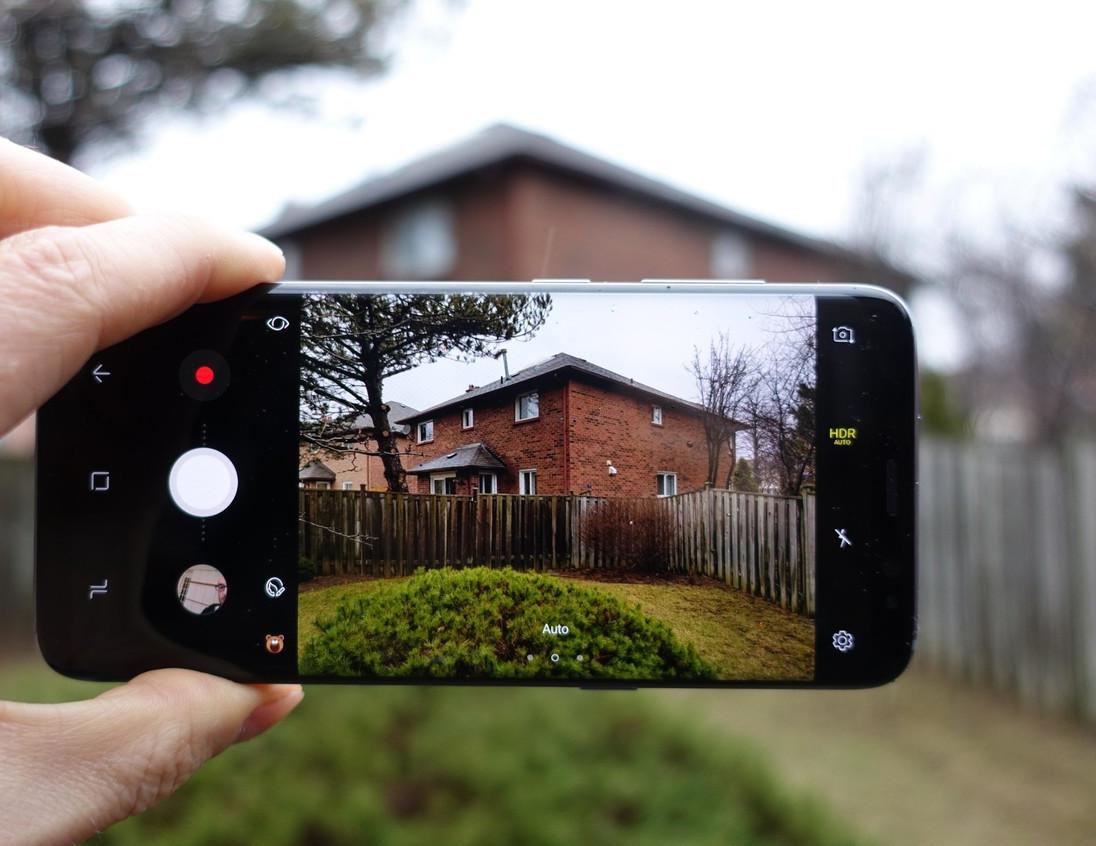 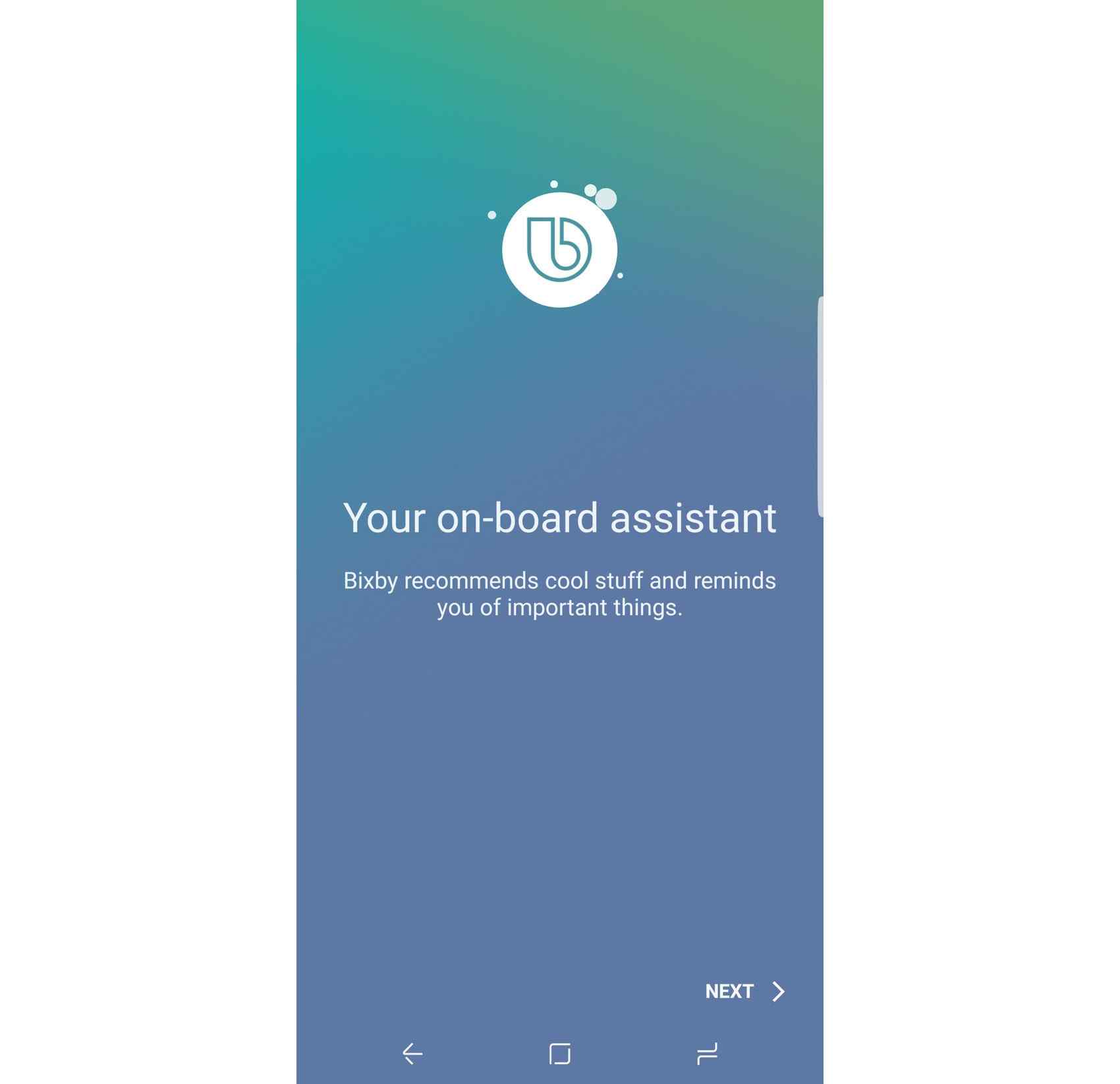 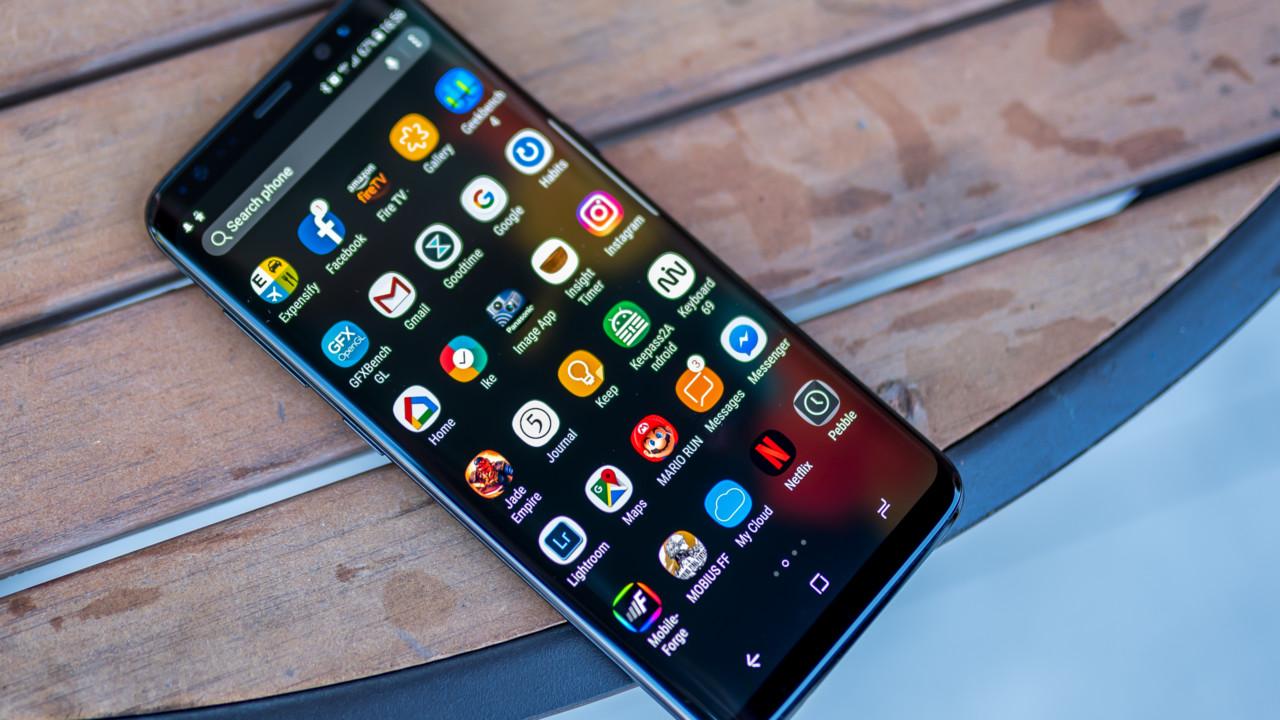 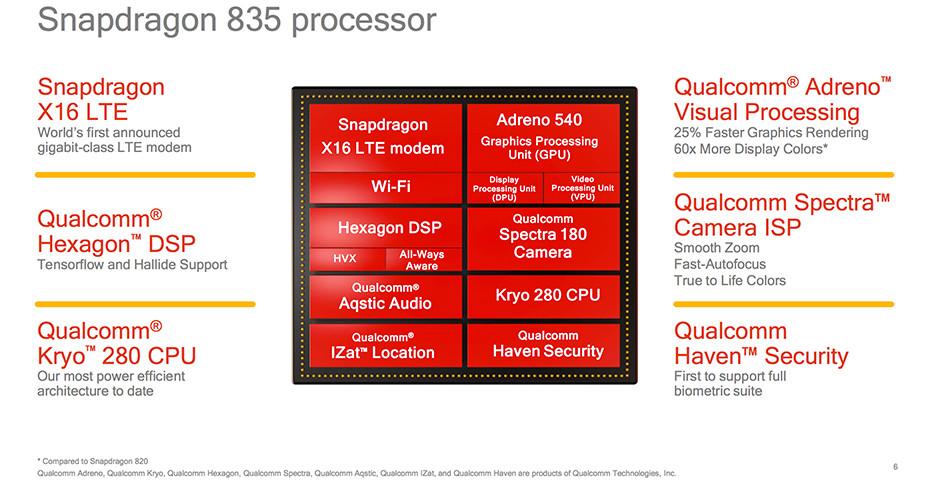 Design & Display: Smooth and Glossy
Samsung has come up with an 18.5:9 “Infinity Display” in the Galaxy S8 and there is no other device that matches these display specifications so far. The front portion of the phone is made of pure glass and is enclosed by very thin bezels, both above and below, providing an impressive screen to body ratio of 84%.

There is no physical home button in the S8, but only three on-screen navigation keys and the fingerprint sensor is placed on the back of the phone which is right next to the camera.

OS: A Samsung Magic
The Galaxy S8 ships with Android 7.0 running under the skin of Samsung's latest Experience design: which is made of ultra-minimal design that emphasis on white backgrounds with light blue accents. The Experience Design outshines in the Icons design, that looks like wireframes and stand out from the rest of Google's Material Design leanings, and the front navigation buttons are a combination of abstract shapes.

The new launcher incorporated is gesture-friendly by default, the app drawer icon is hidden, encouraging users to swipe up or down in unused space to open the series of apps aligned horizontally. Though this may feel awkward for first-time users.

Bixby: Personal Assistant Gets Better
The major attraction of the Galaxy S8 is Bixby; the company's AI framework that can control the entire device. Bixby can be seen as a combination of a series of plug-ins that work with the existing apps, with an added integration into the Samsung Launcher, which can be accessed also by the dedicated button just below the volume key.

Bixby is Samsung's most ambitious Artifical Intelligence project and the company is constantly working on to it make it more feature rich, and as of now, Bixby consists of three things

1. Bixby Home: A place to get all of your Samsung ecosystem stuff in one feed. From calendar entries to recent photos to upcoming Uber rides, Bixby Home is located to the left of the main home screen (and available anytime, thanks to its button), it amounts to a watered-down version of Google Now's Feed. News, trending hashtags, recent photos, Uber rides, upcoming appointments and reminders — these are all good, but not all that useful unless you're fully invested in all of Samsung's services.

3. Bixby Vision: A way to identify and purchase products using your camera, this is one of the more interesting and potential-filled parts of Bixby, but as of now it's fairly limited. You can identify wines and find similar images to a given scene, or translate a word on a page, but I imagine, like Bixby's other areas right now, it will find low pickup because there are just so many real-world objects it doesn't know what to do with.

Samsung says that Bixby "will evolve from a smartphone interface to an interface for your life," — as of now, in its current form it is actually work-in-progress which will see many advancements in the future.

Processor: Most Powerful Till Date
Samsung Galaxy S8 is the first phone on the market to bring home a Qualcomm's Snapdragon 835 SoC which is a flagship chip embedded with eight cores, along with the support of a 4GB of RAM and 64GB of internal storage.

According to Geek bench report, Galaxy S8 is around 15% faster than ist younger sibling Galaxy S7. While some may find no difference in performance, the S8 will come around on its performance in daily scenarios. The S8 comes with 3000mAh battery capacity, Samsung has decided to rely on the energy saving capacity and the feature-centric yet power saving software instead of opting for a massive battery. The S8 have enough juices to last until the end of the day with its new technology and power saving features.

Camera: One Of The Best In The Hood
The cameras on the Galaxy S8 consist of a rear 12MP sensor which takes amazing pictures in all lighting conditions. The Snapdragon 835 SoC which power the phone also makes provide an improved camera experience, by having an updated image signal processor that delivers clearer photos in low light, and smoother implementations of multi-frame captures like HDR.

In the front section, there is an 8MP sensor with autofocus. The front cam is very good, especially when focusing on multiple subjects, with visible background blur and there are plenty of built-in Snapchat-like effects inside the camera software.

Price and Availability:
Being the flagship smartphone, Samsung has priced the S8 at Rs. 57,900 and is available in online e-commerce websites, the smartphone can be pre-ordered from the Samsung store itself and the company has provided the liberty of choosing various shades to users which include; Midnight Black, Orchid Grey, Arctic Silver, Coral Blue and Maple Gold.

Verdict:
From the Galaxy S6 onwards Samsung has been moving forward with new design changes and implementing many new features into its flagship devices and the new S6 is not an expectation. The new Galaxy S8 represents the very pinnacle of Samsung’s design transformation. The S8 is all about its 5.8inch 1.85:9 curved-edged display and its beautifully sleek design.

When it comes to the perfect smartphone there are only a few choices left and the Samsung Galaxy S8 which is currently the fastest phone around the market gladly makes it into the list and will enjoy the popularity for being one of the finest smartphone made by Samsung so far.
Safety Tips for Buyers
Safety Tips for Sellers
Sell Your Old Phone