Sesame Powered Smartphone For the Disabled

Sesame Powered Google Nexus 5 is the first completely hands-free smartphone designed in the world. The device is aimed to facilitate specially-able persons.

Technology which is not affordable or which is not accessible to all, is a poor development. On one hand we see a large number of smartphones, fancy gadgets, and PCs flooding the market everyday. And, on the other hand, a substantial part of the population is not being able to use said technology. This makes us want to question the very basis of such technological developments.

When the world was introduced to the first smartphone, little did we realise that the need to translate this technology in facilitating a better lifestyle for the population with special needs would take 20 years to materialise! Instead, we found newer developments emerging everyday that drew a privileged portion of the human race into more and more luxury and easy-living. But, not all major mobile manufacturers followed the same path because then, we would not have the Sesame Powered Nexus 5. 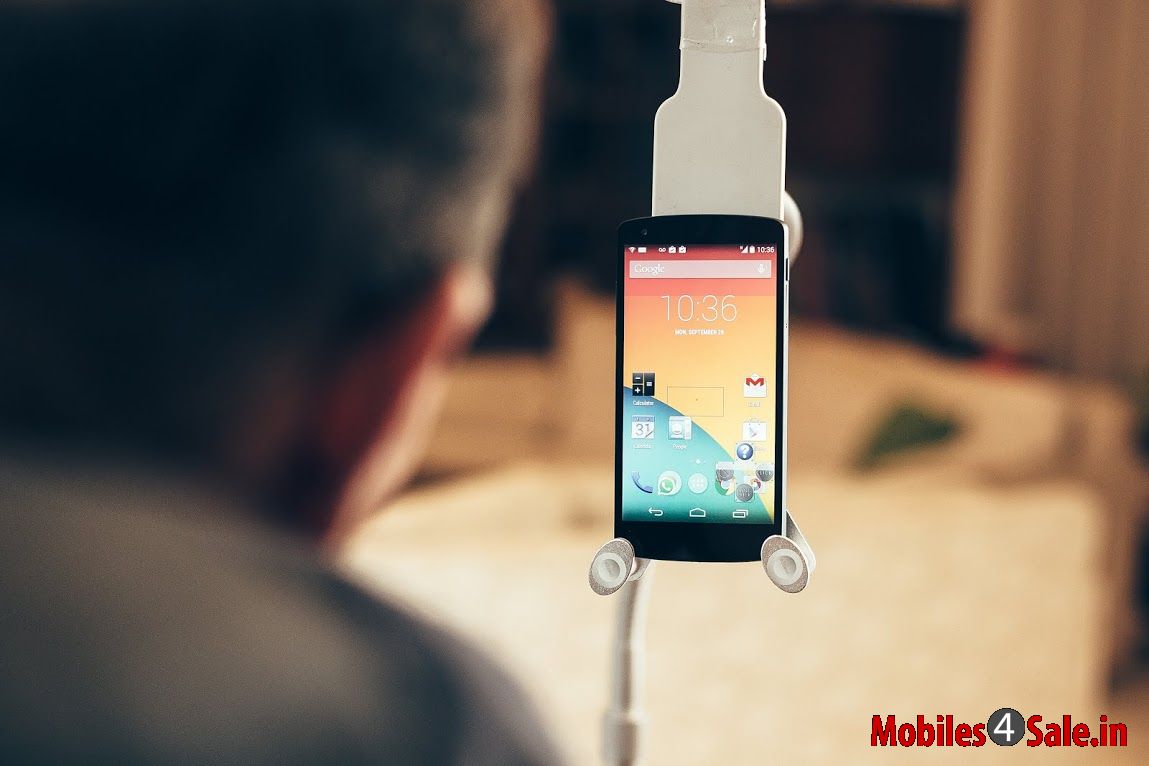 The Sesame Powered Nexus 5 is suitable for people with spinal cord injuries, Amyotrophic lateral sclerosis (ALS), cerebral palsy or other disabilities that affects the use of hands and arms. Sesame’s technology was made for people who have limited, or no use of their hands and are able to make small head movements. The company’s goal is to offer a phone that works for the widest range of users, that represent a broad range of physical abilities. The Sesame Phone is highly customizable and works with very small head movement range. 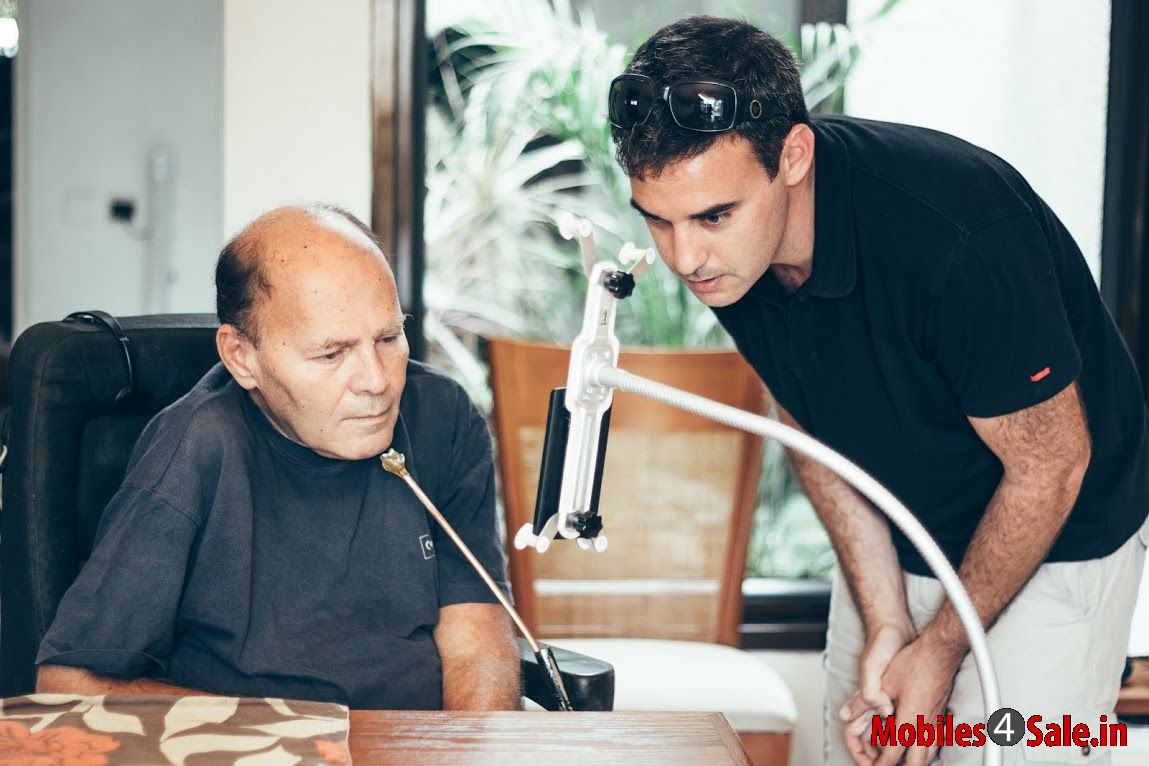 An interesting story goes behind how the two unlikely odds of a pair got together. Giora, an electrical power engineer with a maker sensibility, was always coming up with solutions to improve his life. One day, Giora spotted Oded on a television program, where Oded was showcasing a mobile video game he had created that was controlled via head gestures. Giora was struck by an amazing idea as soon as he saw Oded’s creation. He was able to see the potential beyond gaming. He was able to track down Oded by calling the TV station, and challenged him to use his knowledge of gesture recognition to create a touch-free phone.

Together they founded Sesame Enable and built the Sesame software technology. Sesame is committed to setting a new standard in assistive technologies and their team is driven by a deep belief in equality and universal accessibility, and in developing meaningful devices and ideas. 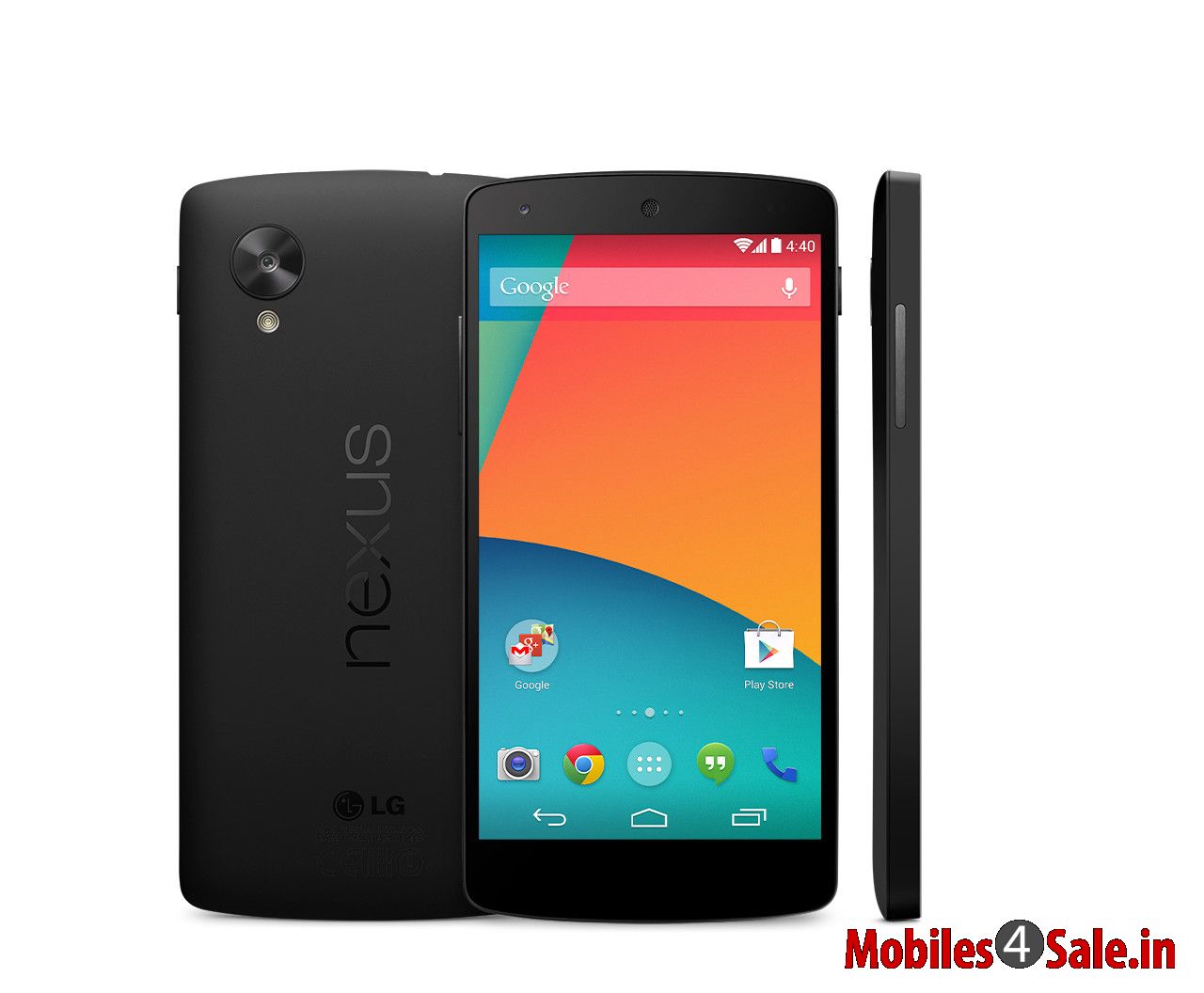 Now coming to the actual device. The users of Sesame Powered Nexus 5 are opened to a whole new world of social networking, tasking and entertainment. It comes with all the specifications of the Google Nexus 5 including a stunning 5 inch full HD display and 2300 mAH battery. The device runs on a super fast 2.26GHz Qualcomm Snapdragon 800 based on Android OS. The device supports an internal flash memory of 16GB and works a 2GB RAM for all its activities.

Sesame’s technology is pre-configured on the Nexus 5 before it reaches the users. The Sesame user interface is built into a modified Nexus 5. This model of Android device was selected because it meets the specific functional requirements of the Sesame user interface, however, the company has plans to add support for additional devices in the near future. 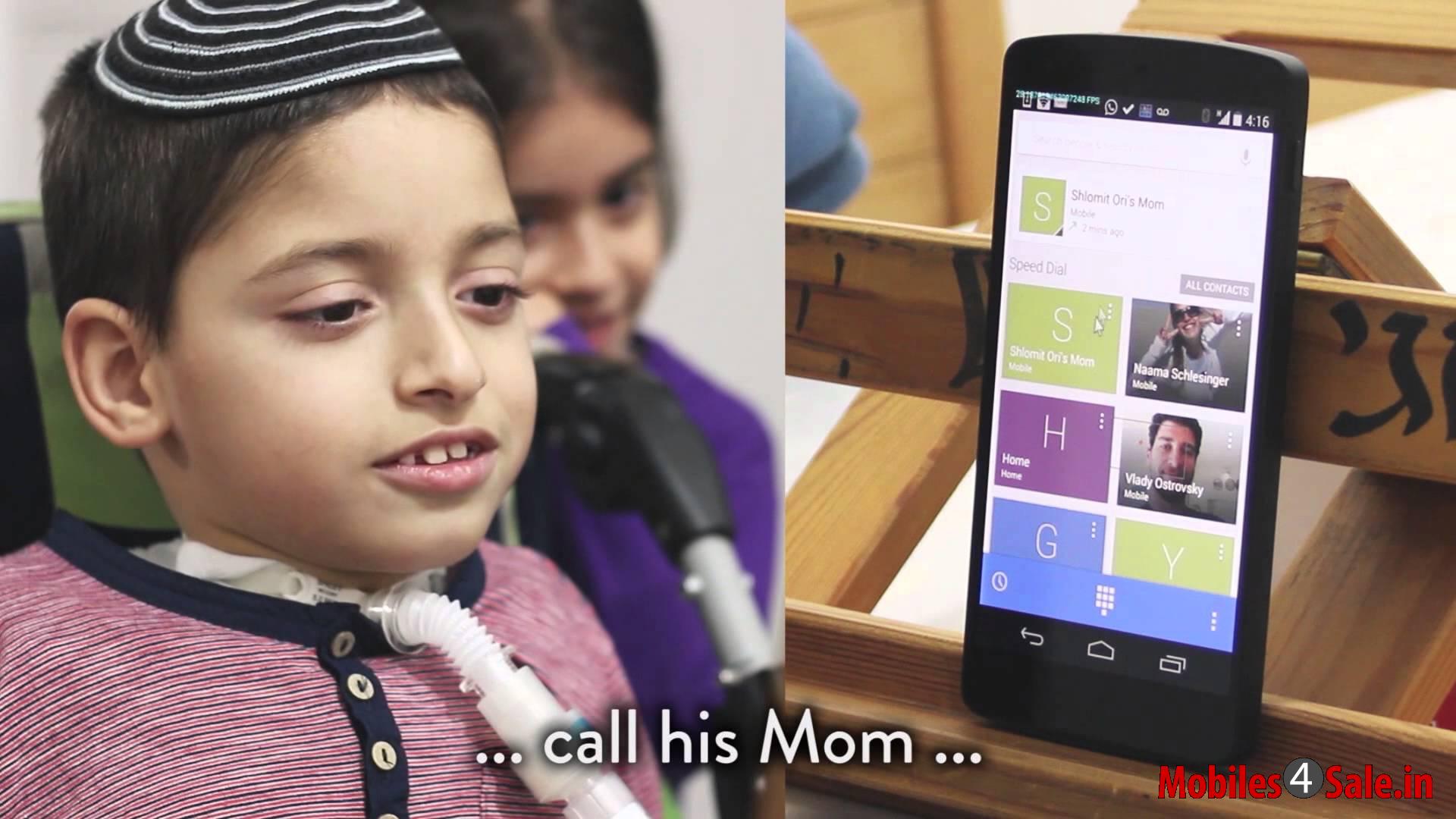 Through advanced computer vision algorithms, the Sesame Phone tracks your head movements with extreme precision, utilizing the front-facing camera. To enable a true touch-free experience, even when the phone is off, just say "Open Sesame" and it will turn on and start tracking head movements. Users can fully navigate through the phone menu, make calls, open applications, write messages, play games and more. 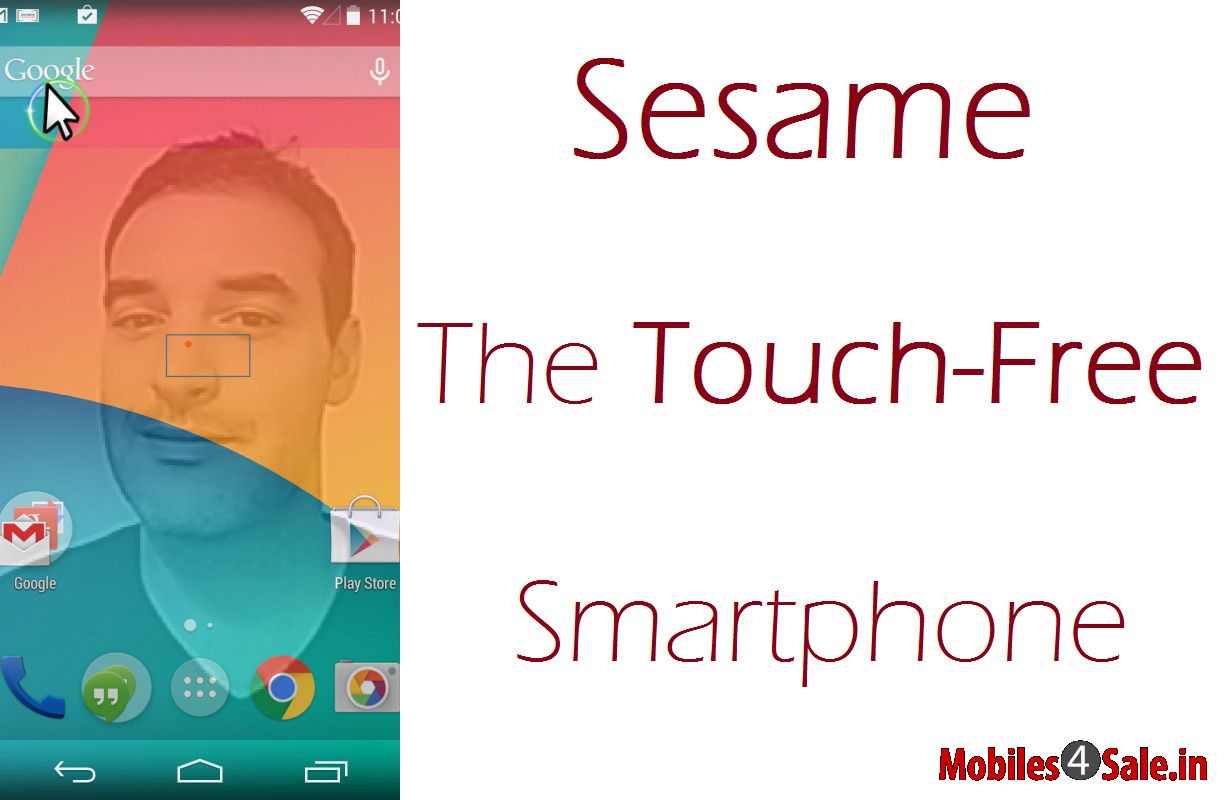 Since Sesame runs on a standard Android OS, users can access millions of apps on Google Play - all completely touch-free! No special setup is required to operate a new app. This means you can tweet, post, share, send instant message, read, play, and be in conversation with friends through all latest apps.

The device is the size of an average smartphone which makes it not only easy to carry around, it also becomes a stylish piece of technology to own. A compatible stand to hold the handset has been recommended for persons who may need it. 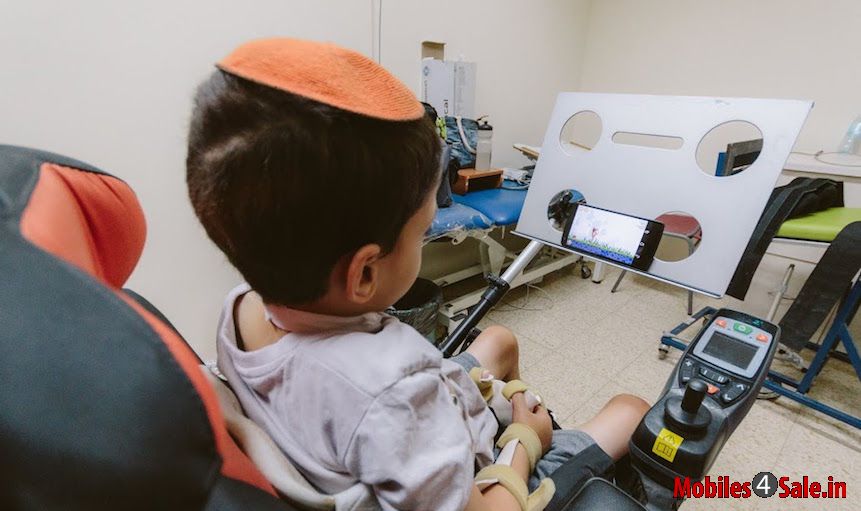 The Sesame Powered Nexus 5 is available through the popular crowd-funding website - Indiegogo.com and will cost users $700 USD.

If you found this article helpful and would like to share your views and concerns, please feel free to leave a message in our comments section. Thanks for reading.
Written by Natasha P Paul.
Last updated on 10-06-2015. Published on 12-05-2015.

Published by Mobiles4Sale in category General