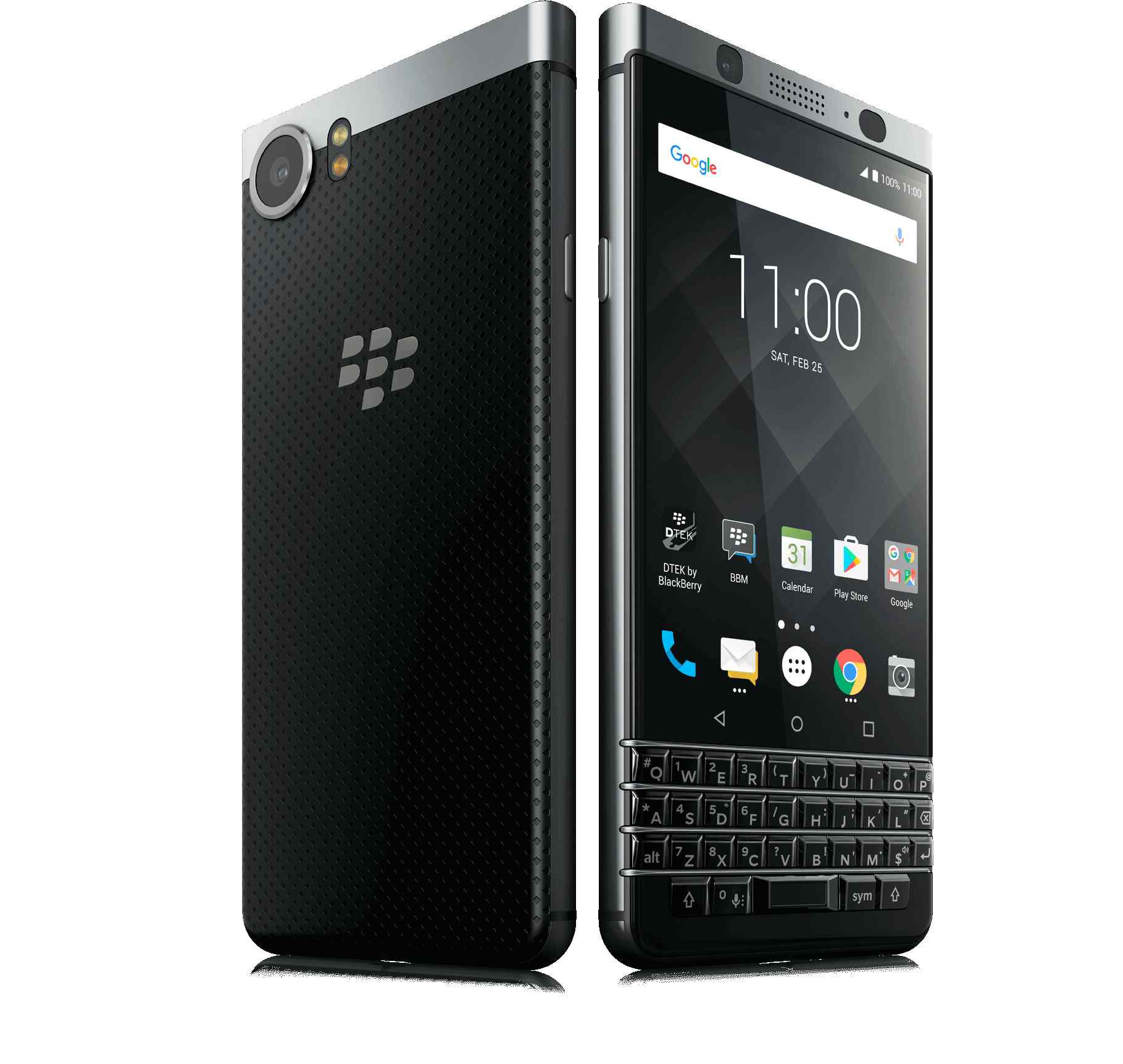 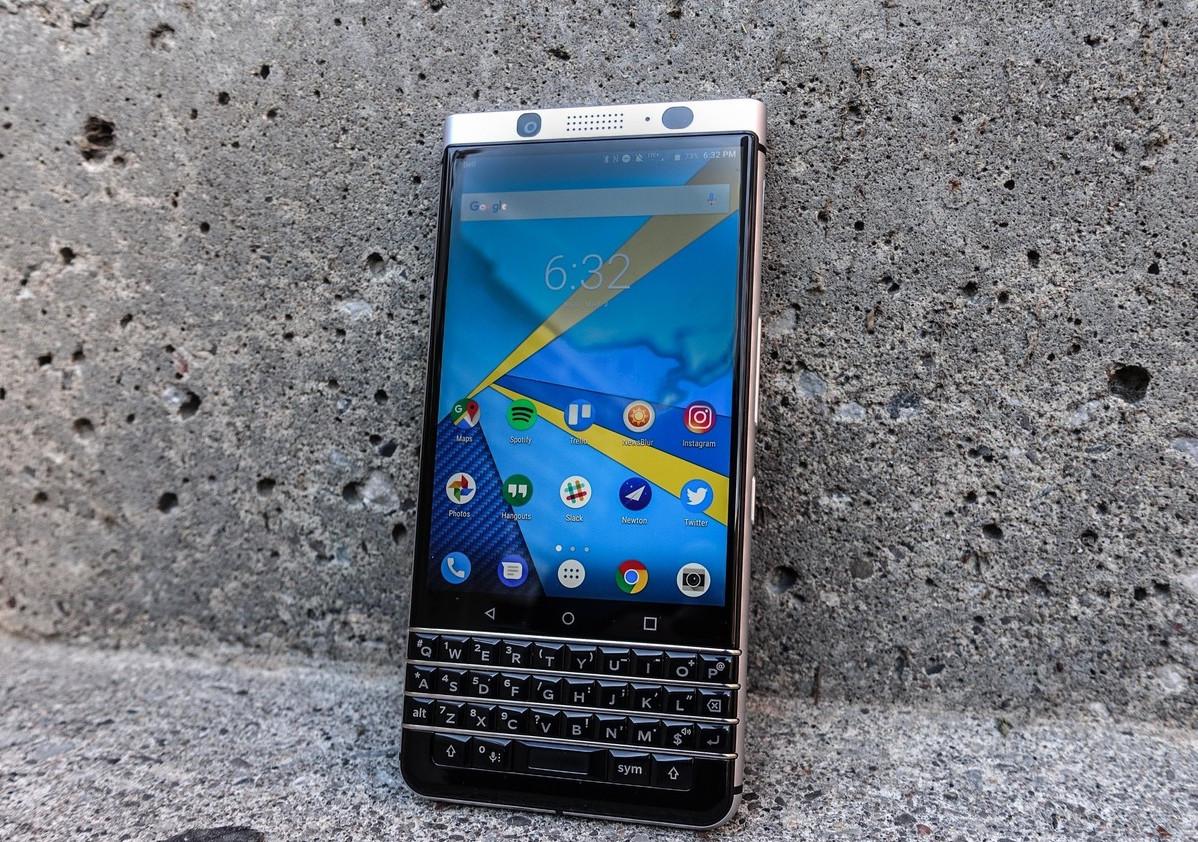 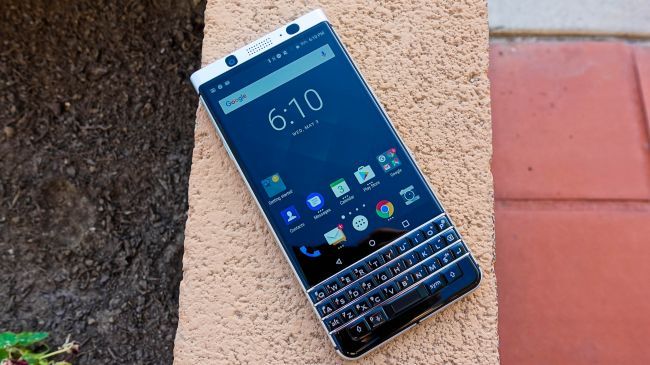 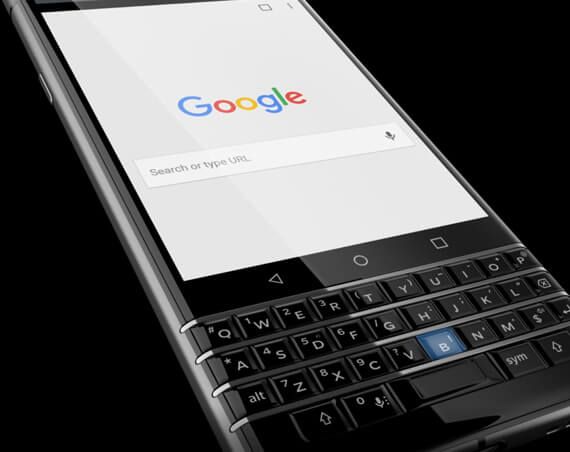 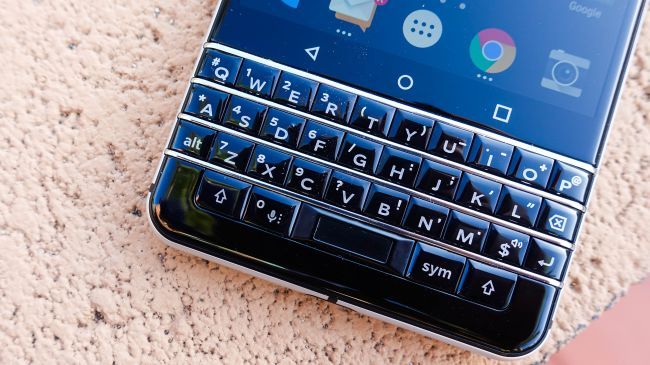 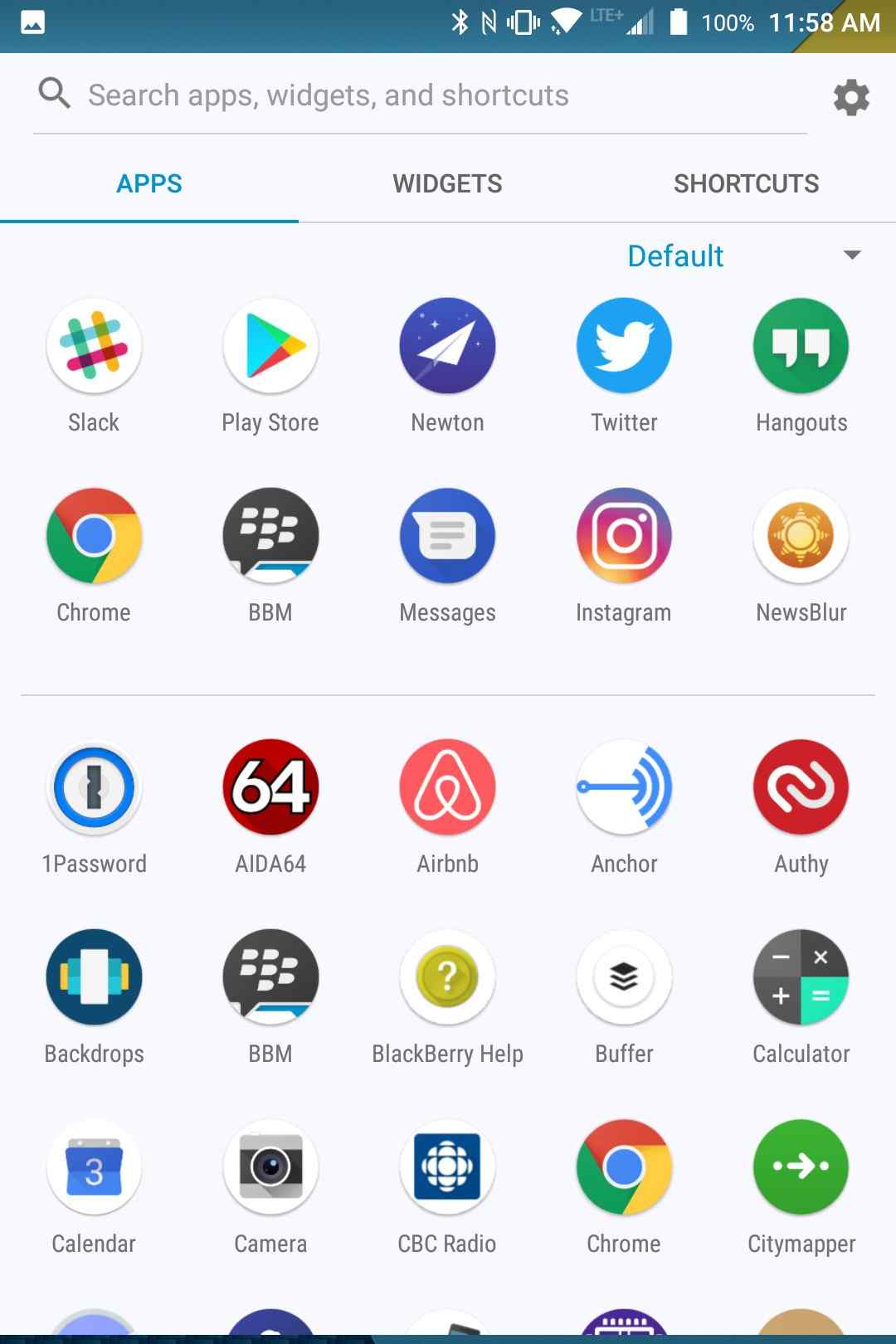 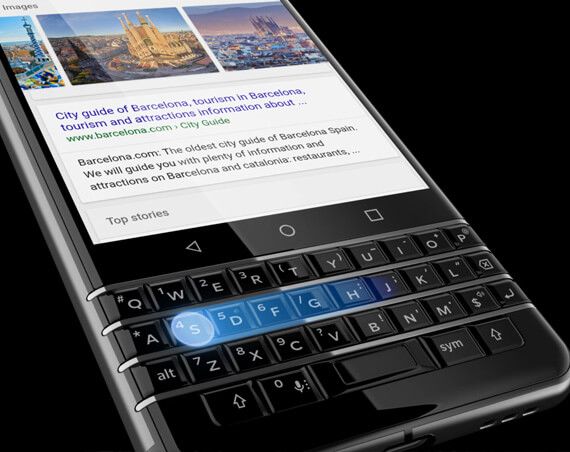 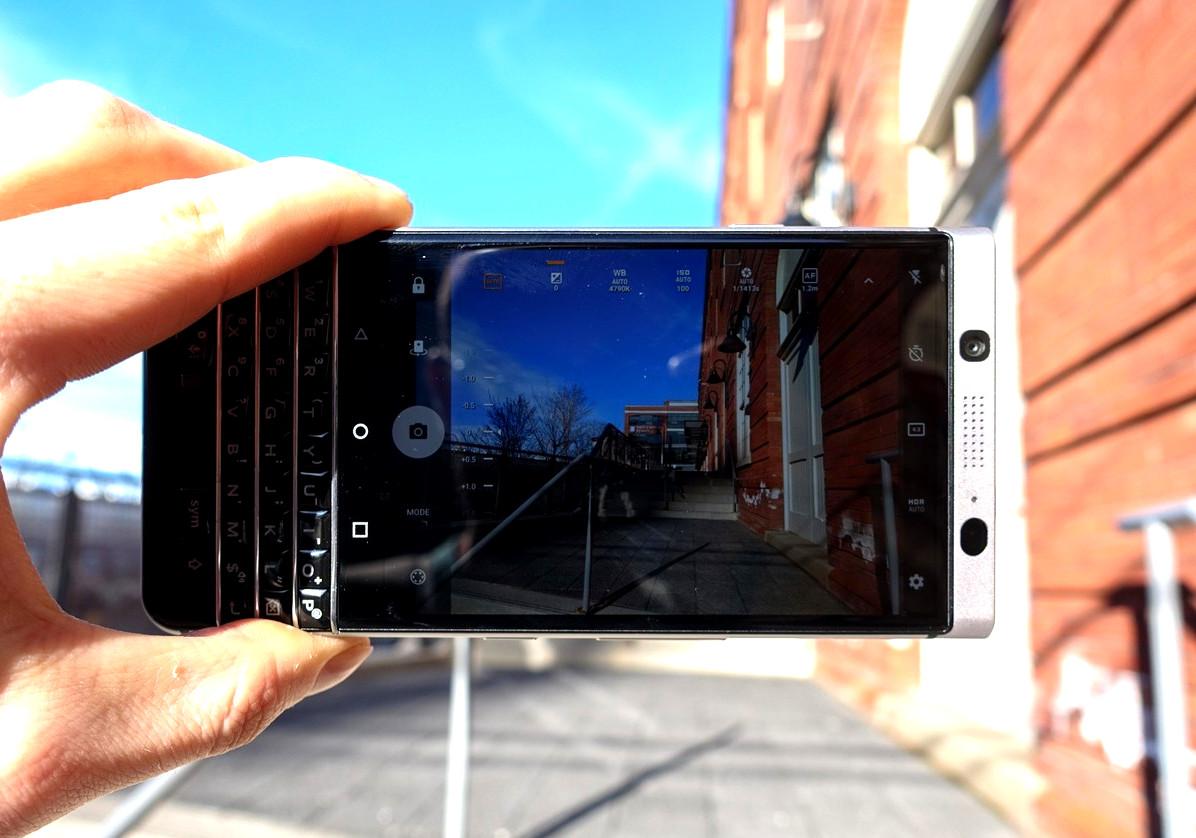 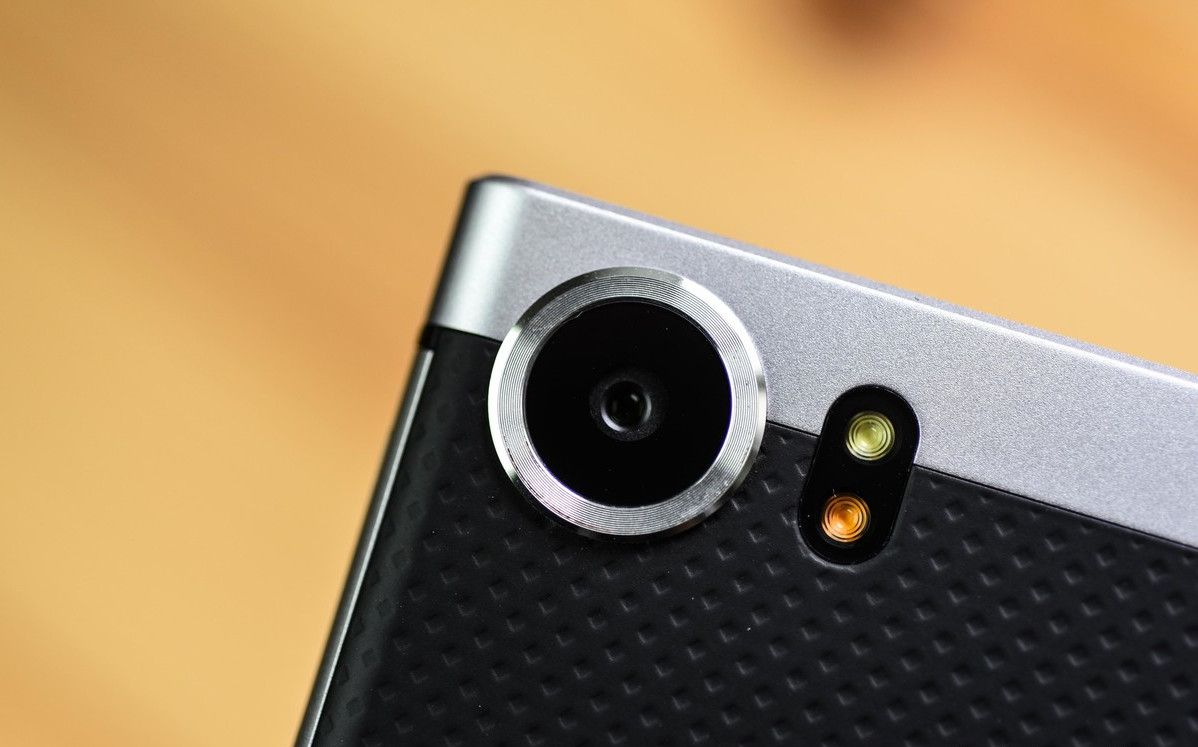 BlackBerry KEYone: A Modern Smartphone with A Keyboard

BlackBerry has always been a popular mobile phone maker in the industry. In the past, BlackBerry devices were used by multinational corporations and companies to connect with their employees in a safe and secure way. The company even came up with their blackberry enterprise hub to provide an even more secure connection. But after the Android and iOS take over the world, Blackberry lagged behind. But now, the company is back with a touch of Android OS to compete in the market and they are also working on something, the smartphone manufacturers are not so interested in; yes, Physical keyboards.

Announced in 2017, February, KEYone amazed the smartphone industry with a beautifully crafted business-oriented device with a high functioning physical keyboard.

Design and Display: Beautiful
BlackBerry KEYone is made with the needs of business people in mind, the fine two-tone sophisticated look; black soft touch back and silver accents really make a beautiful appeal to the phone. The matte silver finish of the frame strongly resembles the old BlackBerry models yet the black-and-silver color palette definitely provides a modern classy look.

The KEYone is all about the physical keyboard and the swag that comes with it. The company has made a good job at making the smartphone sleek and stylish. In the keyboard section, there is a bio-metric fingerprint scanner hidden inside the space button.

A 4.5-inch Full HD screen is provided although this may be a smaller display size, the KEYone's bigger width with the physical keyboard makes it look like a big display smartphone. The bright display looks great, but it's 3:2 aspect ratio forces 16:9 video to feel small by placing black bars at the top and bottom. there is a front-facing camera placed right next to the sensors braced against the large LCD screen of the phone.

A capacitive navigation button is placed right below the screen, but blackberry inside the users to use the physical keyboard and the various shortcuts that come with it which include swiping vertically to scroll through web pages and feeds, and navigation thing between different pages. The power button is placed on the left side of the phone. and the volume rocker is placed to the right.

The Keyboard: Nothing Like It
The Blackberry KEYone is all about the KEYs. The new stylish keyboard is as good as the ones on the old BlackBerry Classic mobile phones, and certainly the best on any modern phone available in the market.

The keys are wide and responsive, while the familiar BlackBerry frets are here, the keys are not quite as contoured and angled as they used to be, which BlackBerry Mobile says comes from a need to optimize for the gestures that were popularized by the Passport and, later, the Priv. The Keyboard gives the old time feeling of how mobile phones were used in the past. Typing on the keyboard is good as the virtual keyboard showcased by many smartphones in the market.

OS: Pure Android
Running Android 7.1.1 Nougat is a good thing; promises of monthly security updates are even better. While the Priv is still stuck on Marshmallow, the two phones have remarkably similar software experiences, since BlackBerry has created a consistent aesthetic that leans closely on Google's Nexus and Pixel phones for art direction.Blackberry has almost made everything else feels "stock" Android, and the Nougat runs smooth on this phone, the revamped notification bars and the skins of the new Android gell very much with the phone.

BlackBerry, has filled the KEYone with an arena of blackberry apps and services, punctuated by the Hub, a single place to consolidate all of your emails, texts, calls and social feeds, from Slack to Whats App to Twitter. BlackBerry's have many apps that do a fine job replacing Google's versions of the calendar app, task manager, the email app with the Exchange and the pre-installed BBM.

Performance: Quiet Good
KEYone runs on Snapdragon 625 SoC with 3GB of RAM and 32GB of storage. BlackBerry Mobile has spent a lot of time at the phone's inception justifying how the use of a much older mid-range processor on a phone that ranges up to a high price and that too being a flagship.

The Snapdragon 625 chip inside seems to provide sufficient power for doing daily scenarios which include the occasional game. The SoC may be a little old but it provides a sense of purpose for the KEYone. There is a 3,505mAh battery provided and the much-integrated software was power saving and this makes sure that the KEyone last till the end of the day.

Camera: A Decent Package
The KEYone holds a 12MP primary camera and it does a better at clicking pictures. The optic of this phone cannot be compared to the high advancements achieved by the Google Pixel and Samsung Galaxy S8 but still, it plays a good game at being a decently made Blackberry. There is an 8MP front-facing camera which can click good pictures too but somehow it suffers greatly in low light conditions which could get better with the
Much ado was made about the fact that the KEYone boasts the same 12-megapixel IMX378 rear camera sensor as the Google Pixel. But as we've learned countless times throughout the past couple of years, a smartphone camera is far more than its choice of sensor.

The KEYone can take great photos and does a good job outdoors and in situations with moderate light. The combination of a sensor with large 1.55-micron pixels and a relatively wide f/2.0 aperture provide the right ingredients to make decent pictures.

The Snapdragon 625's aging image signal processor and the phone's lack of optical image stabilization rear their combined Hydra heads KEYone, but given that the phone has, on paper, the same camera potential as the Google Pixel, and we could see how far the right software tuning goes. The phone takes decent-yet-shaky 4K video at 30fps, too, and the 8MP front camera gets the job done. However, an update to the latest build of the Nougat will make things smooth for the phone.

Verdict:
The KEYone with its keyboard and a cool track-pad, which enables to scroll through articles without having to touch the display and that too resembles the Passport and Priv is a cool phone to consider when looking for a good smartphone with an added physical keyboard. There are people who don't share the same likes of having a touch screen smartphone but there are some people who may want to feel the old school mobile phones yet also want to enjoy modern technology and the KEYone could satisfy their needs. So the long-awaited Android phone with a proper BlackBerry keyboard that yields no real compromises is sure one to look into.
Safety Tips for Buyers
Safety Tips for Sellers
Sell Your Old Phone