The renowned brand, Nokia has launched its cheap android powered smartphones in India

HMD Global who have the rights to sell Nokia has launched Nokia 3 in India. Nokia 3 is a budget friendly Android smartphone released by the company, followed by mid-range models Nokia 5 and Nokia 6. Priced at just 9,499 INR, Nokia 3 is the cheapest of the three smartphones launched by Nokia in India and the smartphone is now available in major retail stores across the country. 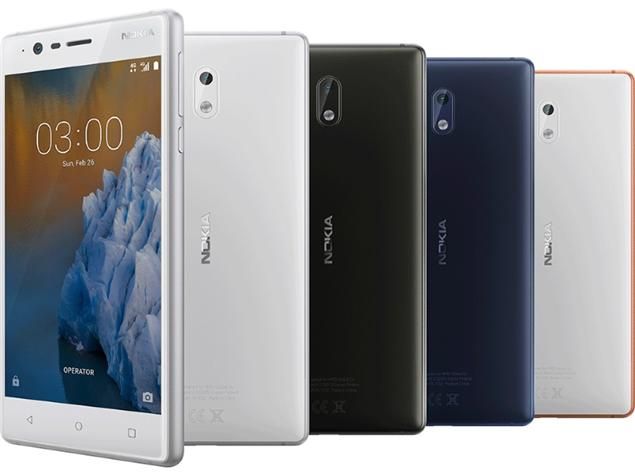 The Nokia 3 is a 5-inch HD display smartphone and have, Android 7.0 Nougat operating system running on it, the phone is powered by a 1.3GHz quad-core MediaTek 6737 SoC.It has 16GB of inbuilt storage and can be expandable up to 128GB via microSD card support. The cameras include an 8-megapixel camera on both the front and back. The Nokia 3 is backed by a 2650mAh battery and is available offline in retail shops all over India from today; June 16th and the phone is available in various shades; Silver White, Matte Black, Tempered Blue, and Copper White. The launch of the Nokia 3 will be followed by the Nokia 5 and it will be available on July 7 and will have pre-booking facility through offline channels.
Written by Aswin Asok.
Last updated on 16-06-2017. Published on 16-06-2017.