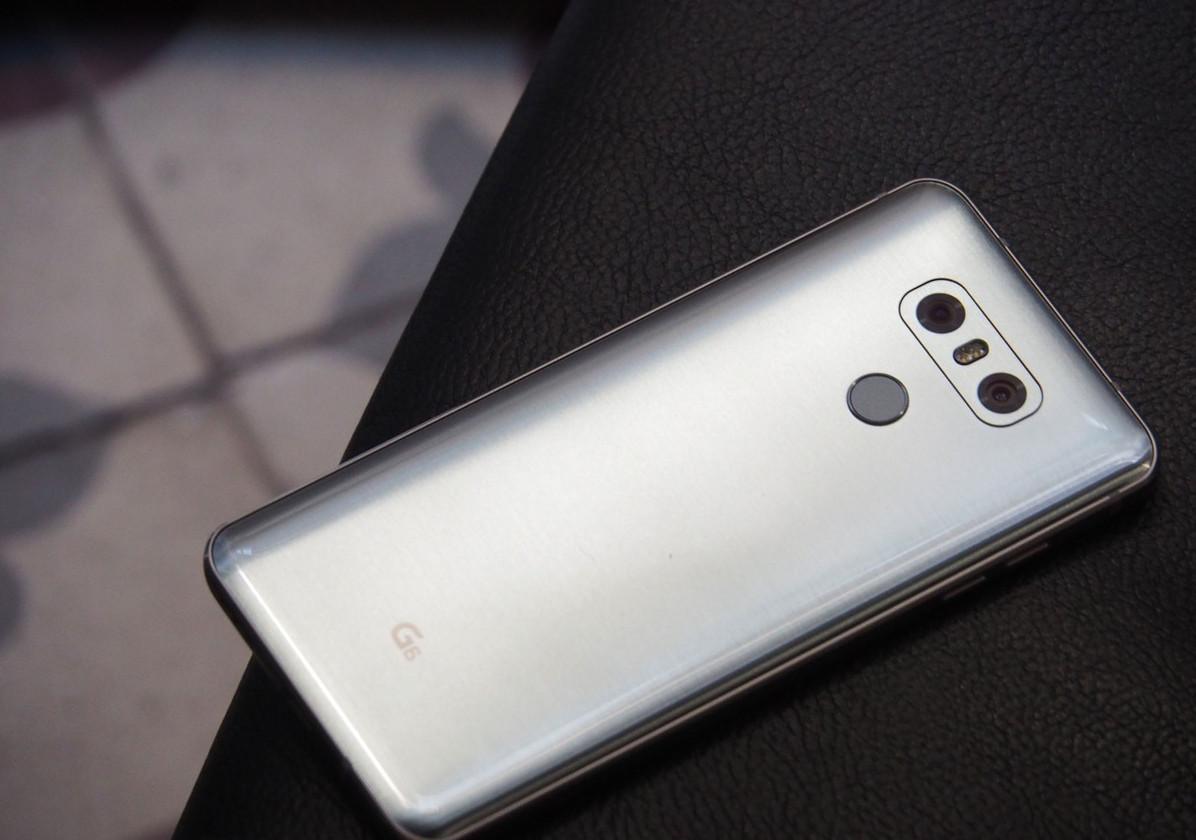 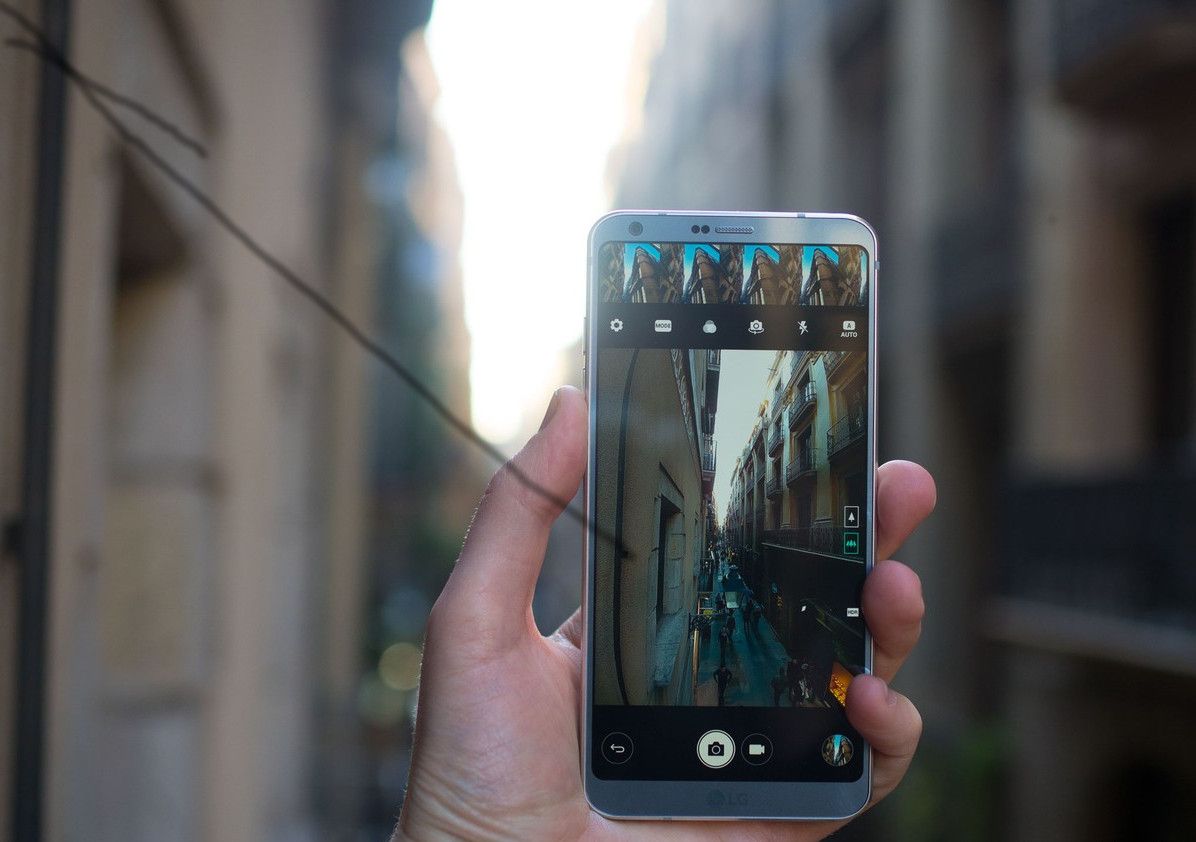 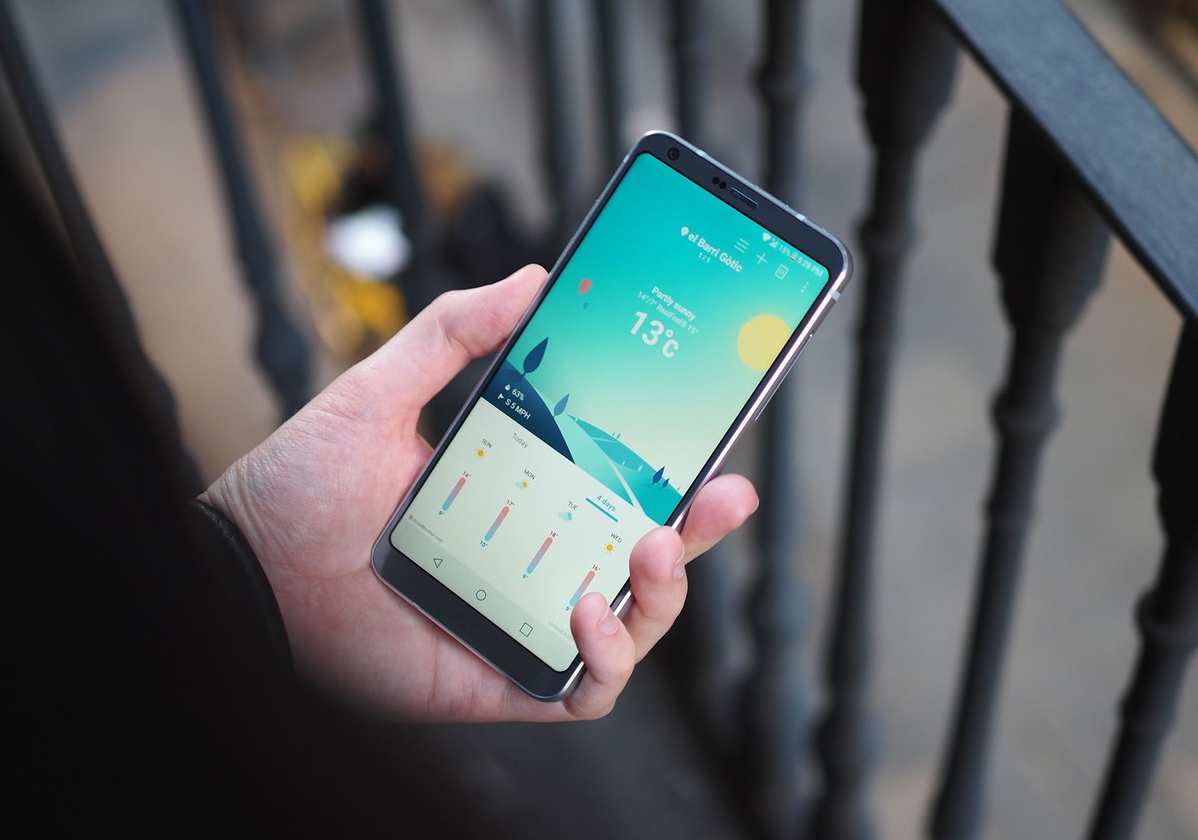 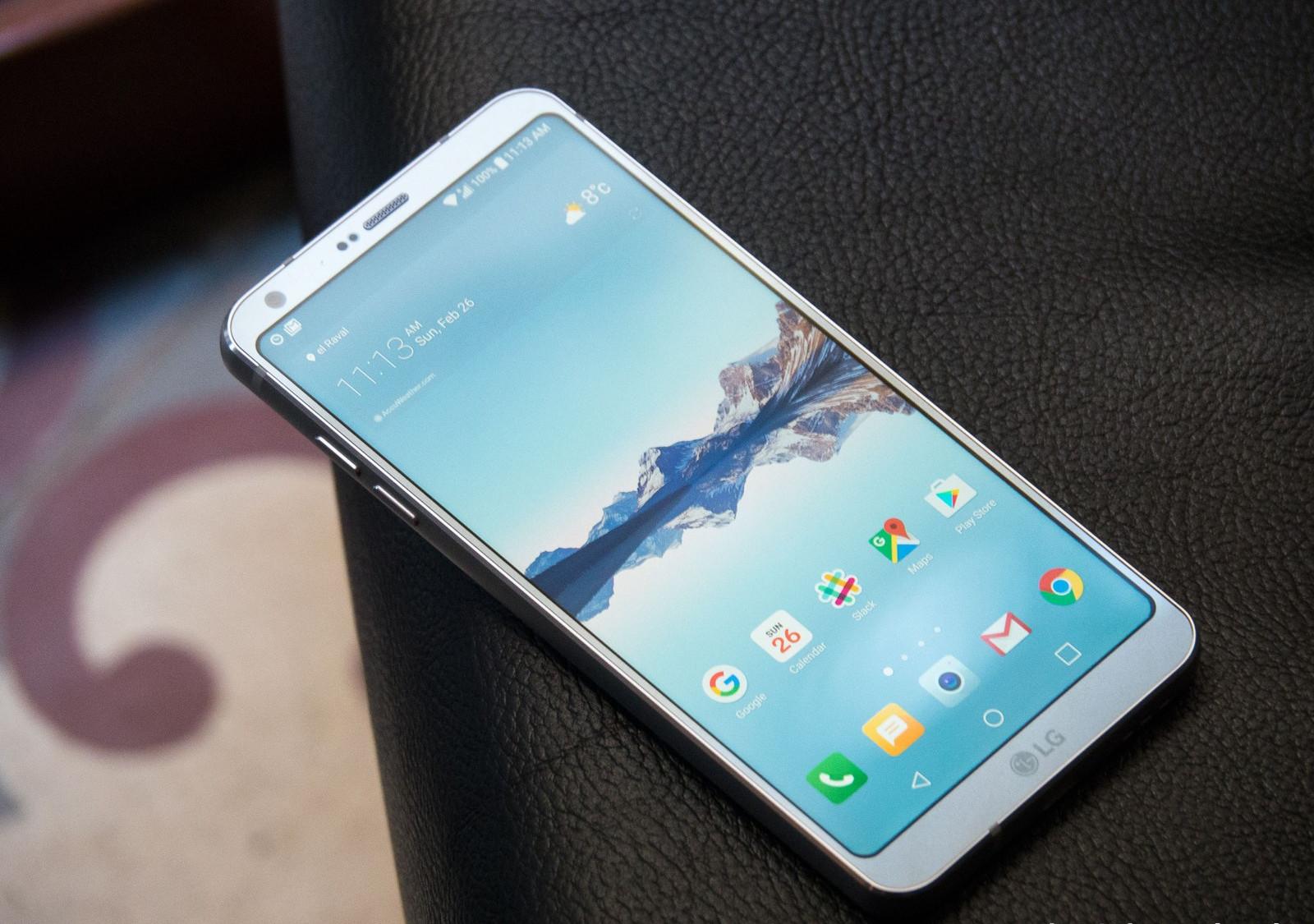 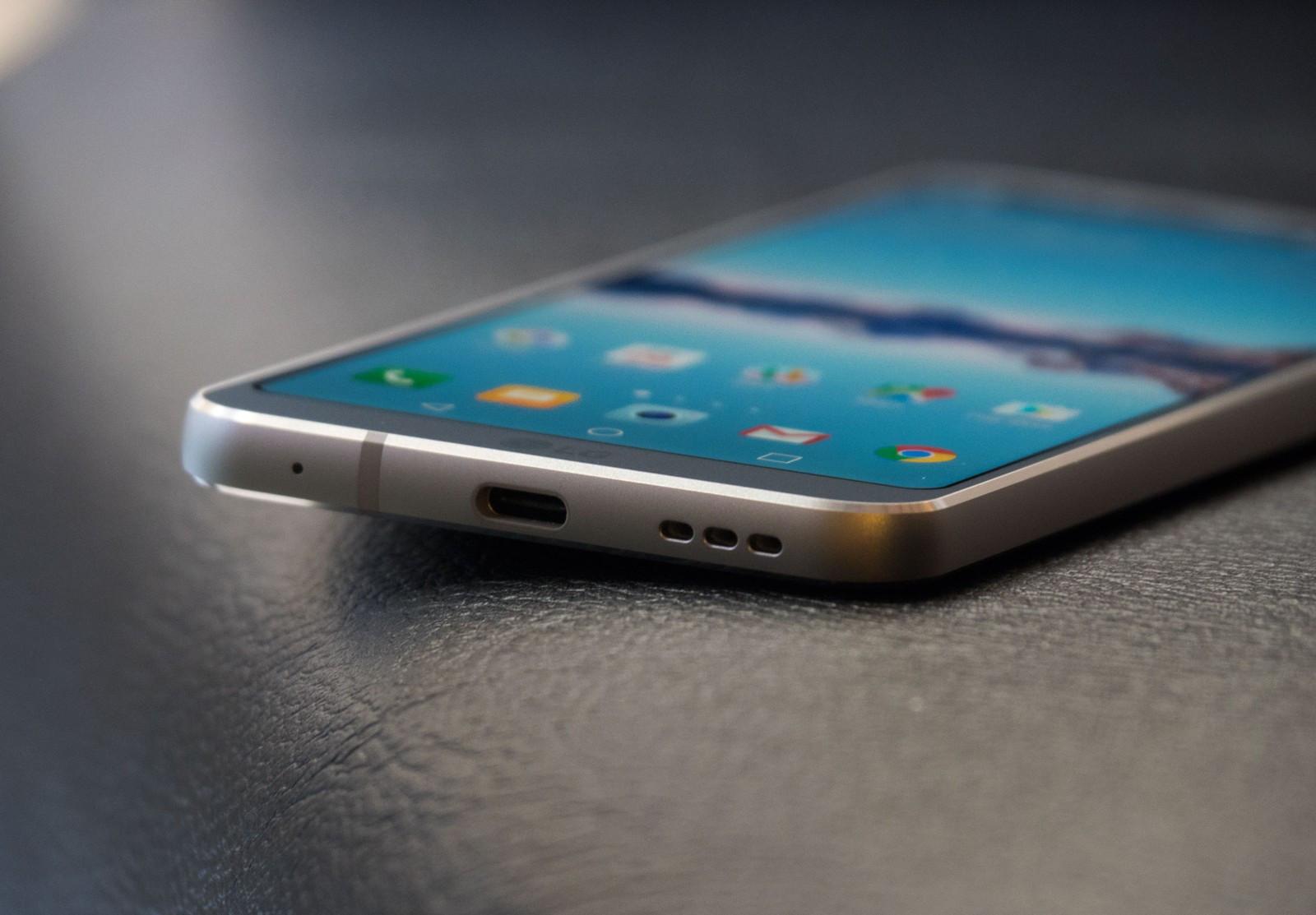 LG G6: A Much Better Flagship

LG marked a comeback in the smartphone business with their G series line up. Now, the South Korean manufacturer has come up with a new smartphone in the G-series lineup with the all-new G6. LG has carefully designed the G6 to make it a spectacular flagship by giving it a vibrant display and a high-quality camera enclosed in a metallic body.

Design & Display: Spectacular
LG has designed the G6 without giving any merit to contemporary styles and this can be seen in the dated styling, flat sides and a slightly bulging rear of this flagship smartphone. The front glass panel doesn't have any hint of a curve seen in many smartphones out there, and the shiny beveled edges of the metal frame make the phone look like it's from many years ago.

However, the G6 looks like a premium metal smartphone and feels sturdy and durable. The build quality of the phone is very good and there are two things that make this phone stands out from the crowd. One is the build metal color of the front and rear panels. The second one is the display screen itself, which takes up nearly the whole front of the phone with light bezels at the top covering the phone camera and the bottom holding the LG logo.

LG G6 uses a 'FullVision' display, with an aspect ratio of 2:1 (18:9 relative to the usual 16:9). The screen ratio is made to match the ratio of the proposed Univisium standard, and incidentally, some filmmakers also want to adopt this as it bridges the gap between wider cinematic formats and smaller commercial 16:9 screens. Another advantage of the screen is that two apps can be run side by side with the split screen technology of Android.

While looking at the design, the G6 is a 5.7-inch display smartphone with 564 PPI Pixel Density and is protected by Corning Gorilla Glass 3 in the front and Gorilla Glass 5 at the back. The phone is made of metal and has thick edges, the phones' power buttons are placed on the back and come integrated with a fingerprint sensor. LG has been using the rear power button from the G2 onwards and now it almost feels like a brand differentiator design for the company.

Processor: Powerful Yet Slightly Outdated
LG G6 uses a Snapdragon 821 SoC which is a slightly outdated processor even though it runs everything smoothly. This SoC has an integrated Adreno 530 graphics. 4GB of RAM and 64GB of storage is provided to make the most out of the phone and an expandable memory storage is provided with a microSD card for more storage which takes the space of a second SIM.

The G6 was previously announced to have a Snapdragon 835 but the SoC got delayed and LG made a hard move by sticking on to a Snapdragon 821. However, the G6 still have enough power to ride among all that the users may come across in various life scenarios, whether it's in performance or in multimedia entertainment. The processor is backed by a 3,300mAh internal battery which has Qualcomm's Quick Charge 3.0 support to make fast charging, the battery of the G6 may not seem attractive on paper but with the righty crafted software and hardware, the G6 was able to last with much ease.

Cameras: Brilliant Even in Low Light
The two cameras on the rear have the same 13-megapixel sensors, but different lenses. One standard lens with a 71-degree field of view which can go down to an aperture of f/1.8, and one 125-degree wide-angle lens which can only go down to f/2.4 in low light.

The front camera has a 5-megapixel sensor and 100-degree lens and allows video recording at up to 4K Quality. The optics are made to make quality pictures in low light, especially when using the wide-angle lens.

The front camera is quite good and it also showcases 4K video recording ability. The flexible camera software enables users to switch between lenses while recording. The transitions from different lenses are abrupt but don't cause any lag or loss in quality.

OS: Neat with LG Skin
G6 runs on Android 7.0 out of the box but it is barely recognizable under the customized LG's skin. The LG skin ditched the app drawer by default and made custom skins on the notification drawer and the phone software contains essential components to make the life of the user easy.

The default cameras app is designed to make use of both the rear and front camera very smoothly and switching between front camera and rear is done without any glitch or lag. LG has done good work in the software section and the G6 has all the swag that comes up with a well-crafted software.

Verdict:
The new offering of the LG is not something that can be considered top of the world, but the G6 sure packs a superb camera which can go beyond the performance of the Galaxy S7 and the Google Pixel. The camera can do wonders with the wide angle mode and the noise reduction capability. The same awesomeness goes with the beautiful display of the G6. The 21:2 aspect ratio and the vivid the display unmatch any competition the G6 may face. And the bottom line is LG G6 is a superb smartphone that packs all the features and it lives up to the expectations of the users and much beyond.

Price and Availability:
The G6 is priced very wisely by LG to stand out from the crowd of hefty competition. The smartphone is crafted with a balance in specification and design when the price tag is considered. The G6 is positioned right below the offering of the Samsung S8 and the S8 Plus. The price of the smartphone is 750 EUR when launched, and now the smartphone is available in India with a price tag of around Rs 40,000 and is available in different shades; Astro Black, Ice platinum, Terra gold, marine blue and Mystic White.
Share your comments on LG G6
Low Interest Loan For Buying Mobile Phones