Release Of Nokia 5 And Nokia 6 Delayed

Right now the only Nokia smartphone available in India operating on the Android platform is the Nokia 3 which was released last month. The craze for the first Android-based Nokia phone to hit the Indian market has far exceeded the expectations of HMD India. This means the company has now pushed back the production of Nokia 5 and Nokia 6 to meet the demands for Nokia 3. 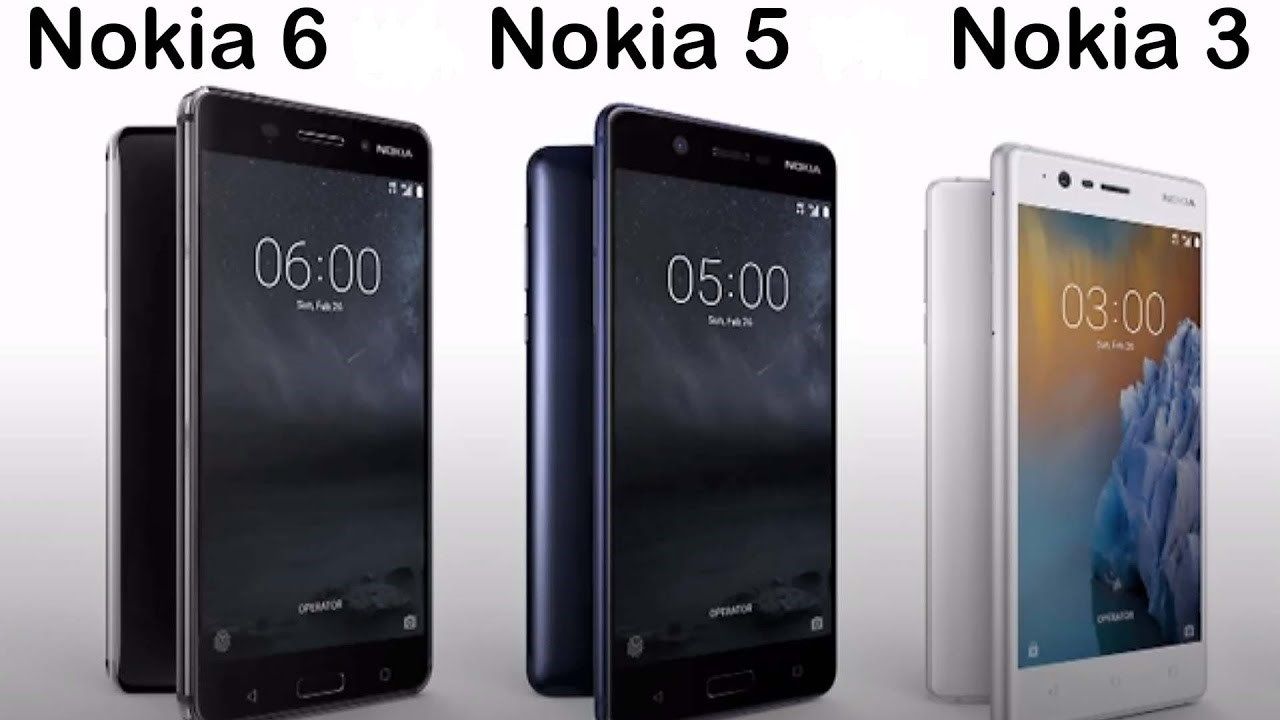 The Nokia 5 runs on Android 7.1.1 (Nougat) operating system and is powered by Octa-core 1.4 GHz Cortex-A53 Qualcomm MSM8937 Snapdragon 430 processor. The phone comes with a 5.2-inch display screen which has a pixel density of 282 ppi. A 3000 mAh battery will back the phone while functioning on a RAM of 2GB. The internal storage space is 16 GB and the external memory is expandable up to 256 GB. The brand known for its superior imaging capabilities has provided a 13 MP primary camera and an 8 MP front camera. The primary camera is accompanied by dual-tone LED flash. Priced at Rs. 12,899, the Nokia 5 will be competing for space in the market alongside Vivo Y55s, Motorola Moto E4 Plus, Motorola Moto G5 Plus, Vivo Y55L, Swipe Elite Max, Lenovo K6 Note, Oppo A57 and Lenovo ZUK Z1.

The Nokia 6 also runs on the Android 7.1.1 (Nougat) operating system is powered by the same Octa-core 1.4 GHz Cortex-A53 Qualcomm MSM8937 Snapdragon 430 processor used in Nokia 5. The phone's 5.5-inch display screen has a pixel density of 403 ppi. Functioning on a 3GB RAM, the phone will be given energy by a 3000 mAh battery. 32 GB of data can be stored and external memory can be expanded up to 256 GB using a microSD card. A camera of 16 MP has been mounted on the rear while the front camera is 8 MP. Dual-tone LED flash has been provided for the rear camera. At a price of Rs. 14,999, the Nokia 6 will be fighting for space with ZTE Nubia N2, Vivo V5, Samsung Galaxy On Nxt, and Lenovo P2.

The Nokia 3 runs on Android v7.0 (Nougat) operating system and is powered by Quad-core 1.4 GHz Cortex-A53 Mediatek MT6737 Processor coupled with 2 GB RAM. The display screen is 5.0 inches with pixel density of 294 ppi. An internal memory of 16 GB has been provided and the external storage is expandable up to 128 GB. Both the cameras of the phone are of 8MP but LED flash has been given only for the rear camera. A 2630 mAh battery supports the functions of this phone. The phone is being sold at Rs.9,499 and its rivals in the market are Lava A93, Lenovo A7700, Vivo Y55s, Motorola Moto E4 Plus, Motorola Moto E4, Motorola Moto C Plus, Xiaomi Redmi 4, Vivo Y55L, Gionee P7, and Panasonic P88.

The Nokia brand which has re-entered the smartphone market after a brief hiatus has been receiving a warm welcome across the world. There are still loyal customers who have faith in the Finland-based brand. The adoption of the Android OS is seen as an indication of the willingness of the brand to change with changing times.
Written by Arjun Dev Mullankara.
Last updated on 05-08-2017. Published on 12-07-2017.